World Maritime Day is celebrated every year, providing an opportunity to focus attention on the importance of shipping safety, maritime security and the marine environment and to emphasize a particular aspect of IMO’s work. Individual Governments are encouraged to mark the day, on a date of their choosing but usually in the last week of September.

Each World Maritime Day has its own theme, which is reflected in IMO’s work throughout the year. In 2014, the attention has centred on the need for ratification, widespread entry into force and effective implementation of IMO conventions, in order to ensure tangible benefits emerge from the often-lengthy process leading to the adoption of an IMO treaty instrument.

In his World Maritime Day message, IMO Secretary-General Koji Sekimizu said that the theme had enabled IMO to make genuine progress towards ratification, entry into force and implementation of all IMO conventions – but especially those which have yet to be widely accepted.

“For an IMO convention to be properly effective, it needs early entry into force, widespread ratification, effective implementation, stringent oversight of compliance and vigorous enforcement. Even those conventions that command almost universal coverage of the global fleet, such as SOLAS and MARPOL, only have teeth if they are backed up by an effective implementation infrastructure at the national level,” Mr. Sekimizu said. 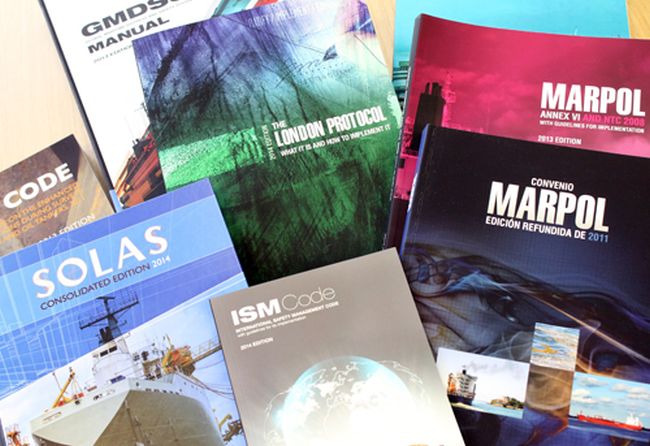 In launching this theme at the beginning of 2014, IMO Secretary-General Koji Sekimizu began by posing a series of rhetorical questions: what is the point of working for months, even for years, to develop and adopt an international convention if that convention doesn’t enter into force? What is the point of all the technical work, the debates and discussion, the negotiations and compromises required to create an instrument that can be universally adopted if that instrument does not then become part of the international legal framework?

The answer, of course, is that there is very little point at all. It is, he remarked, like writing a book that nobody reads, or making a film that nobody sees. It’s only half the job – less than half, in fact, when it comes to IMO conventions. For an IMO convention to be properly effective, it needs early entry into force, widespread ratification, effective implementation, stringent oversight of compliance and vigorous enforcement.

It is the Member States alone who have the ability to bring instruments into effect,  but IMO’s extensive technical cooperation programme helps support Member States that may lack resources, expertise or both to meet their obligations. The forthcoming mandatory audit scheme for Member States will also be an important tool for assessing Member States’ performance in meeting their obligations and responsibilities as flag, port and coastal States under the relevant IMO treaties.

United Nations Secretary-General Ban Ki-moon also issued a message for World Maritime Day, recalling the “often unheralded but always vital contribution by international shipping to peoples and communities all over the world.”

“At a time when the world is beset by conflict and crisis, it is easy to forget that, day in and day out, the international shipping industry works quietly and efficiently to keep the wheels of global trade in motion and ensure the timely delivery of the goods and commodities,” Mr. Ban said.