Wessels Reederei, the German shipping company, has signed a contract with MAN Diesel & Turbo at the Europort exhibition for maritime technology to retrofit the 8L48/60B main engine of its 1,000-teu container ship ‘Wes Amelie’ to dual-fuel operation. The vessel will be the first of its kind worldwide to be converted to an LNG-capable propulsion system.

Through running on LNG, the Wes Amelie will drastically reduce emissions of sulphur oxide by over 99%, nitrogen oxide by approximately 90%, and carbon dioxide by up to 20%. 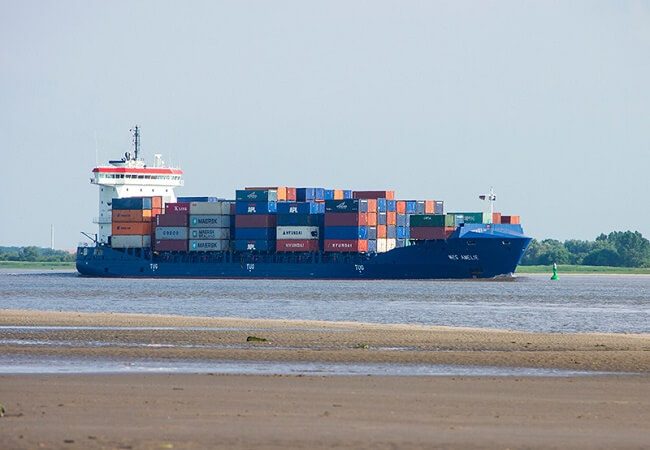 Dr. Thomas Spindler, Head of Upgrades & Retrofits – MAN PrimeServ Four-Stroke – MAN Diesel & Turbo, said: “We are very excited about the signing of this contract and view its potential for broader adoption within the maritime sector as significant. We enjoy an excellent cooperation with Wessels and commend their willingness to adopt our dual-fuel technology.”

Wessels has earlier stated that the project will promote the demand for LNG as a fuel within the maritime industry where Wessels Reederei GM, Christian Hoepfner, said: “With each rebuild, we are creating an increasing demand for LNG as a clean fuel. Only in this way – and not only through appeals – can the development of an LNG infrastructure continue to gain momentum.”

Due to the long delivery time of LNG tanks, the engine retrofit will commence in Q4 2016. Full operational usage of LNG as fuel is planned for early December, 2016.

The Wes Amelie is a modern feeder-vessel that was launched in 2011 and operates in the North and Baltic Seas. When selecting a suitable vessel for conversion, special attention was paid to the scalability of the engineering services as well as the development costs, reducing significantly the costs for follow-up projects. In this respect, the Wes Amelie has 23 sister ships, 16 of them structurally identical, which would allow follow-up projects to be easily implemented. This ship therefore facilitates a multiplier effect, with multiple, other ‘conversion-capable’ vessels also found around the European continent.