Women empowerment in South Africa’s maritime sector took on yet another relatively small but highly significant and historical step forward at the weekend in Cape Town after the country despatched an all women cadet and training officers’ team on a three months voyage to the southern seas.

The 22 women- two officers and 20 young female cadets sailed from the port of Cape Town on Friday night, headed for Mauritius where they will be joined in 10 days by a group of Indian scientists for their three months sojourn into the Indian Ocean and Antartica region.

According to the South African Maritime Safety Authority (SAMSA) – owners and operators of the SA Agulhas, the country’s only dedicated cadet training vessel – and the South African International Maritime Institute (SAIMI) – the country’s agency for cadet training – the latest of three such training opportunities for the country’s cadets out sea was partly made possible by the out hiring of the SA Agulhas ship to the Indian National Centre for Antarctic Ocean Research (ICAOR). 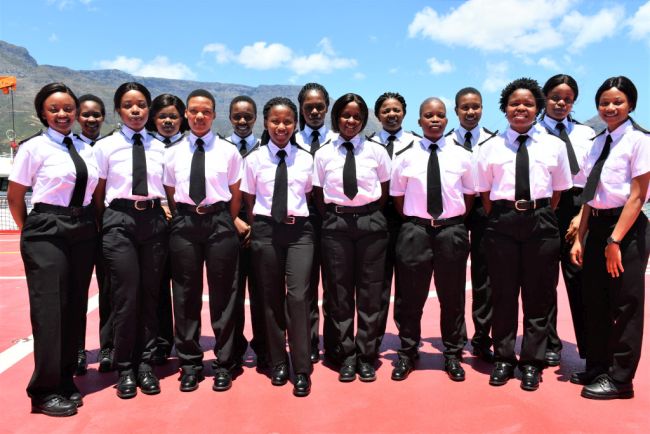 Scientists from the ICAOR will be conducting research of the Indian and Southern Oceans waters over a period of two months through to the end of February 2020. During this period, the all female 18 deck and two engine cadets will receive extensive training and earn crucial sea time to advance them through their studies as future mariners.

SAMSA and SAIMI described the send off of an all female cadet team and all female training officers in Cape Town at the weekend as the first ever such adventure, deliberately aimed at advancing gender parity in the maritime sector through focused advancement of woman.

Two of the 20 cadets will likely qualify for the Officer of the Watch exam after earning sufficient sea time during this voyage. For several of the cadets, this voyage will be the first time away from home and will be their first ever training opportunity at sea.

SAMSA Acting CEO Mr Sobantu Tilayi emphasized the importance of this particular voyage; “It is important that we use every opportunity we get to open up the maritime industry to all and this voyage is proof that South Africa is on-board with the international drive to empower women and is committed to do away with the notion that the maritime industry is a male dominated industry” said Mr Tilayi.

Mr Ian Calvert, executive head of SAMSA’s Marine Special Services, who was on hand to see off the all female training crew said: “Addressing poverty, unemployment and inequality is the responsibility of all South Africans. Further to this, gender parity in the workspace remains of great concern. 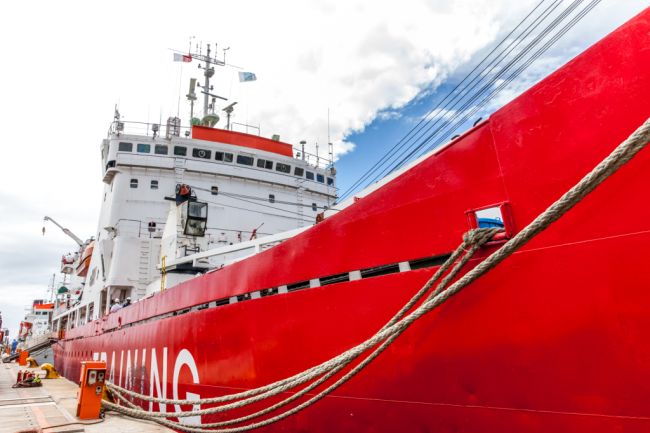 “Today, women signify two percent of the world’s 1.2 million seafarers with 94 percent of female seafarers working in the cruise ship industry. There can be no doubt this is a historically male dominated industry, subsequently there needs to be a concerted effort to help the industry move forward and support women to achieve a representation that is in keeping with 21st century expectations.”

He said: “Through its Women in Maritime programme, under the slogan: “Training-Visibility-Recognition”, the IMO has taken a strategic approach towards enhancing the contribution of women as key maritime stakeholders. In spite of this, the benefits of these and other initiatives still need to be fully felt in (South) Africa.

“For this particular voyage as a show of our continued commitment to the achievement of gender equality we have specifically dedicated it to the exposure of women in maritime,” said Mr Calvert

“It is an attempt to address gender empowerment and inequalities specifically in South Africa, in the year that the IMO declared The World Maritime Day theme as “Empowering Women in the Maritime Community”.

For Mr Calvert’s remarks on the topic, click on video below.