The winners of ISWAN’s International Seafarers’ Welfare Awards 2016 were announced on 24th June at a high-profile ceremony held in Manila, the Philippines. The ceremony forms part of ISWAN’s celebrations in the Philippines for the IMO Day of the Seafarer. The awards were presented by IMO Secretary General Mr Kitack Lim to seven recipients who have provided exceptional services for the welfare and wellbeing of seafarers. 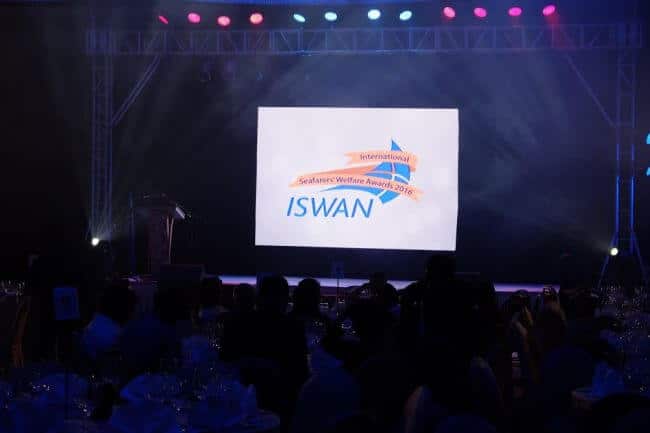 Roger Harris, ISWAN Executive Director, said of the evening:
“It has been an honour to hold the awards here in the Philippines, home to a large number of the world’s seafarers. All of tonight’s award winners and shortlisted candidates have made a great contribution to improving the lives of seafarers, and we are delighted to be able to celebrate with them.”

The awards are generously funded by the ITF Seafarers’ Trust. This year’s sponsors also include Inmarsat, Wrist Ship Supply (Seafarers’ Centre of the Year), Crewtoo (media sponsor), Garrets (Shipping Company of the Year), and the International Chamber of Shipping (Dr Dierk Lindemann Welfare Personality of the Year Award- Individuals and Organisations). The event is also supported by ILO, IMO and ICMA.