At Fincantieri’s shipyard “Arsenale Triestino San Marco”, in Trieste, Italy, John Gunner, Vice President of Expansion Projects for Seattle-based Windstar Cruises, pushed the button which activated the torch to make the first cut in the new steel that will become the first of three new ships sections as part of Windstar’s $250 Million Star Plus Initiative. 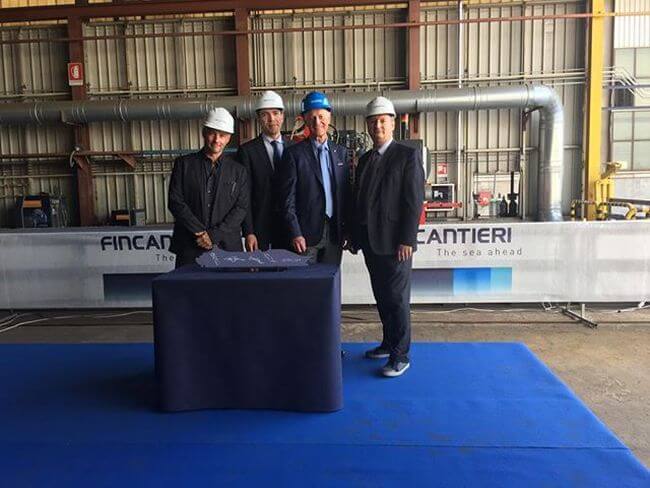 The $250 Million Star Plus Initiative is the most complex and comprehensive small ship lengthening, engine replacement, and renovation project undertaken in cruising. Windstar will take half of its entire fleet – Star Breeze, Star Legend, and Star Pride – and renovate each ship in succession.

The work on the first of the three ships begins on Star Breeze in October 2019 and shall end with the departure of the Star Pride from the yard in November 2020. This steel cutting marks the beginning of true project construction. The popular ships will be cut in half to allow the installation of a new stepped mid-body section that will lengthen each vessel by approximately 25 meters. The total capacity of the “new” expanded ships will be 312 guests, and additional staff will be hired in order to maintain the line’s impressive 1.5 to 1 guest to service staff ratio. 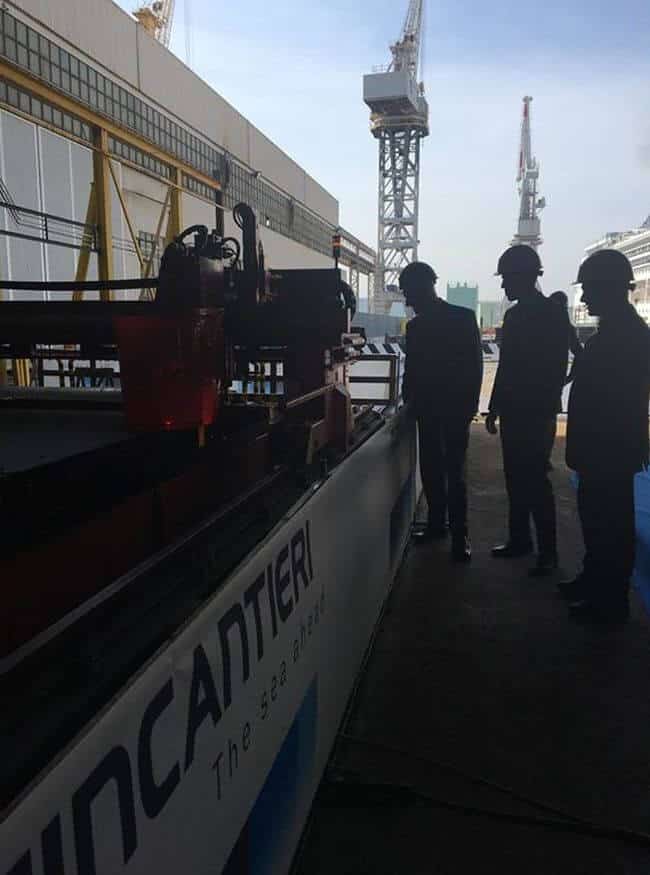 The new sections will be built in Trieste and then will be transported south by barge to the Fincantieri yard in Palermo Sicily, Italy to be inserted into the iconic Windstar ships along with the new engines. The timeline requires the new sections to be fabricated from April through September, shipped in October, and then inserted into Star Breeze so that she can be completed in time for her arrival for re-inaugural activities at the port of Miami on March 19, 2020.

The extension and modernization project is being performed by the Ship Repair & Conversion part of the Services Division of Fincantieri, one of the world’s largest shipbuilding groups and number one for diversification and innovation that has built 89 cruise ships from 1990 to today with 54 new ships currently being designed or built in the group’s yards. The company also has a deeply rooted experience in cruise ship conversion, which consolidates its leadership in this highly specialized naval transformation sector.

The Johnson Studio at Cooper Carry in New York, led by Ray Chung, Director of Design, has been tasked with creating modern and inviting design aesthetics for the new public spaces and 50 new suites. In addition to new suites, there will be a new pool area, restaurants, a spa & wellness center, and enhanced “living room deck space.” 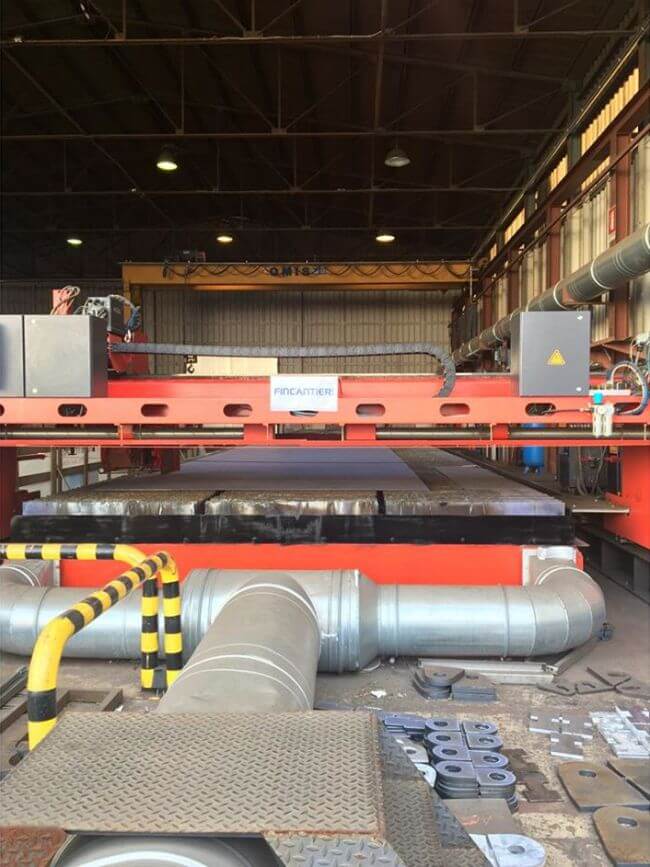 Gunner pointed out, “This is not about just cutting a ship in half and making it bigger. We are replacing the engines and ‘back of house’ too, so that these ships deliver on their promise of visiting smaller ports and special waterways of the world with a softer environmental footprint for generations to come”.

Andrew Toso, Vice President Ship Repair and Conversion of the Fincantieri Services Division, stated, “The considerable experience gained with major naval projects undertaken over recent years, and the Windstar program that we are officially starting, consolidates Fincantieri’s position as the reference point worldwide for this kind of highly sophisticated and complex operations. We are very proud that Windstar, a prestigious new client for our company, has chosen us for these strategic works which will require an extremely high level of engineering competence and project management“.

Reservations can be made for cruises aboard the post-Star Plus Initiative Star Breeze and Star Legend, including Star Breeze’s Colors of Key West & Central America10-day voyage from Miami to Colón, Panama on March 20, 2020; sailing from Miami will be a first for the Seattle-based company.

Uncharted Waters Of COVID-19 Quarantine: What Is Next For Seafarers After Repatriation?

Port Of Venice: Vecon Responds To Corona Virus Emergency With ‘Fast Track’ Moving Procedure
Want to share your tips and advice? Got questions? Visit the community forum to ask questions, get answers, meet people, and share your tips!