The DNV GL-led joint industry project, WIN WIN (WINd powered Water INjection), has completed its first phase and determined that wind power could be used to power offshore water injection. The project is currently moving into its second phase, which includes refining and testing the electrical systems, and investigating possibilities for broader applications. The project consists of four partners: DNV GL, ExxonMobil and ENI Norge – all part of the first phase – and the Norwegian Research Council – a new participant for this second phase.

The first phase of the project determined the concept is technically feasible, capable of meeting performance targets, and cost-competitive with conventional water injection solutions. The WIN WIN concept includes a floating wind turbine, which supplies power to a typical water injection process that includes pumping and basic water treatment. The second phase will focus on extensive physical lab testing of the electrical systems at the DNV GL power laboratories in Arnhem, the Netherlands, thereby maturing the technical concept and expanding the system performance. 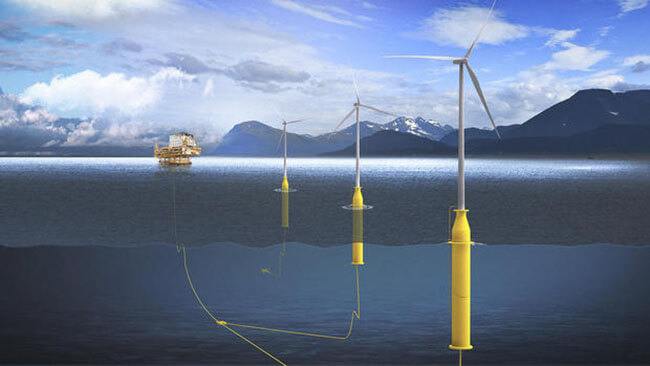 “In this next phase of the project, we’ll use a small scale physical set-up to conduct tests on the systems,” explains project manager Johan Slätte. “We aim to instil confidence in the industry that the system and components in this configuration will perform well over time with a variable power input. While phase one was a desk top study, this phase is a natural step before going into piloting with real prototypes. The second phase of WIN WIN is expected to run over the course of one to two years and will result in an application guideline document for the industry. If all tests are successful, a realistic timeline for a first full scale prototype could be around 2020.”

The next phase of WIN WIN will also help to further develop the economic feasibility of wind and potentially other renewables in complex environments with demanding functional requirements. The concept showcases alternative sources of energy and its reliability for off-grid situations.

“The WIN WIN project has shown great potential for the oil and gas industry to lower costs and increase efficiency, while also reducing its environmental footprint,” says project sponsor Johan Sandberg. “Proving that large-scale renewable units can be integrated well into oil and gas systems will also expand the industry’s toolbox of technology solutions. It is a win for society with regards to emissions, and for the oil companies who can lower their costs on both equipment and operations.”

“We are encouraged by the success of the first phase and look forward to continued collaboration as the project progresses,” said Tom Schuessler, president, ExxonMobil Upstream Research Company. “Recent advancements in wind technology, particularly in offshore oil and gas applications, are improving the economic feasibility and allowing for wind to contribute to the overall energy mix at a time when demand continues to rise.”

“Eni is delighted to be part of the WIN WIN joint industry project to explore a step deeper the potential of a stand-alone wind powered water-injection system,” said Redha Safer, Senior R&D Engineer, Eni Norge. “Such a self-contained system could provide an unrivalled flexibility while still being cost effective compared to conventional solutions. Moreover, its inherent low carbon emissions would clearly meet our company’s targets for a reduced CO2 footprint.”