Wilhelmsen Ships Service (WSS) is moving to ensure that its customers’ vessels pass through the new Panama and Suez Canals with the optimum efficiency, speed and safety thanks to a fresh Ships Agency ‘canal transit’ solution.

The service, which will be run by dedicated local teams, has already picked up its first contract, securing an agreement with leading very large gas carrier (VLGC) owner and operator Avance Gas for the Panama Canal transit of its neo-panamax ships Passat and Breeze. 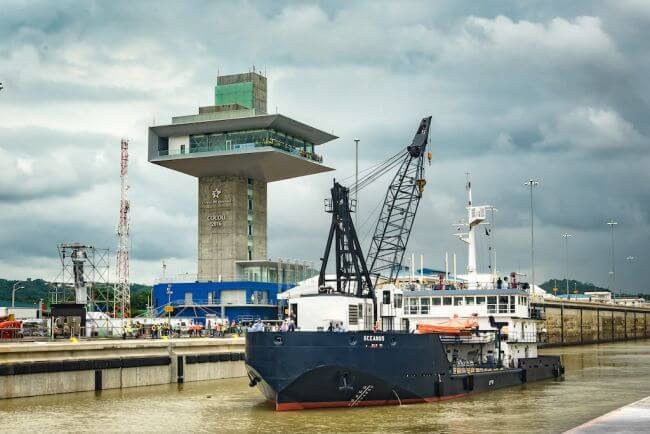 WSS, the leading global provider of products and services to the shipping industry, has created 24/7 Transit Desks in both Panama and Egypt. These combine local knowledge with global support and service standards, arranging all permits, payments, rebates (where applicable), handling PDA/RDA/FDA needs, giving regulatory advice, and delivering further support services, including husbandry. In addition, WSS can supply vessels with their extensive range of marine products and chemicals during transits.

The concept, according to Steffen Langlete, Product Manager, Ships Agency WSS, is a simple one.

“We’re answering market demand with a service that will help our customers maximise the potential of these exciting new shipping infrastructure projects,” he explains. “Both of these expansion programmes have the potential to deliver huge time, capacity and cost efficiencies for shipowners and operators, but only if their transits are problem free.

“Our local expert ships agency staff are effectively taking the administration and transit support concerns off their hands, leaving them with peace of mind and an ability to focus on what’s most important to them – a safe and efficient passage for their vessels and crew.”

Langlete continues: “Though it’s unlikely the expansions will in fact cause congestion and lengthy delays as some have suggested, it is nevertheless a real advantage for our customers to have someone on hand that knows the authorities, the real-time weather and transit conditions, and the language. We are effectively their eyes and ears on the ground.”

The first ships to take advantage of the offer are the two 83,000 CMB VLGCs from Avance Gas. Passat and Breeze passed through the new canal – which should double the capacity of the existing waterway, with two new sets of locks and deeper, wider shipping channels – in the last week of June. The canal itself opened on 26th June as the neo-panamax vessel COSCO Shipping Panama made its inaugural passage.

Speaking about the on-going agreement with Avance, which will see a number of additional vessels from their fourteen strong VLGC fleet transit the canal with assistance from WSS, Langlete adds: “WSS Agency has a strong relationship with Avance, which appreciates our global network and standardised high quality services for its diverse international fleet.

“We understand their needs and they understand the benefits of our integrated service, products and expert staff. We’re delighted that they’re the first customer to take advantage of this brand new service and look forward to many more canal transits with them, and our other valued clients, in the future.”

The Panama Canal Expansion Programme is the largest development project to take place on the waterway since its opening in 1914. Egypt’s new Suez Canal expansion opened in August 2015, cutting vessel waiting time from 11 hours to 3 hours and potentially doubling the number of daily transits.

The WSS Transit Desks are now open to provide support and advice to the global market 24/7 365 days a year. Both have attained ISO 9001 Quality Management certification.