WatchStander LLC, a provider of anti-piracy technology for the shipping industry, has tripled the effective operating range of its unique, fully automated, anti-piracy system.  The company upgraded its system to detect vessels and potential piracy threats from up to six nautical miles, tripling its previous capability.  It has also enabled the technology to automatically respond with advanced, non-lethal countermeasures against inbound pirate boats as early as five nautical miles, significantly increasing the safety of the vessel and crew under attack.

The new system has been successfully tested and operated, using the new capabilities during a recent voyage on a fully loaded commercial LNG ship transiting through the High Risk Area (HRA) of the Northern Indian Ocean and Gulf of Aden.  The development comes at a time when piracy and attempted robbery against ships have risen in Western Africa and Asia during 2014.  The ReCAAP Information Sharing Centre has reported 129 incidents against ships in the period January to the end of September 2014 in Asia, compared with 99 in the same time period during 2013.

WatchStander’s U.S. Patent Pending system robotically tracks, identifies and non-lethally engages pirate vessels that threaten ocean-going ships worldwide.  The technology “thinks” like a team of human guards, as it ignores benign traffic while searching for threats and engaging them with non-lethal countermeasures in a 360-degree circle around the ship.  By automatically identifying and engaging threats – without human involvement, day or night, whether the protected ship is steaming, anchored or moored – WatchStander gains valuable minutes for the ship’s officers to respond to a threat. 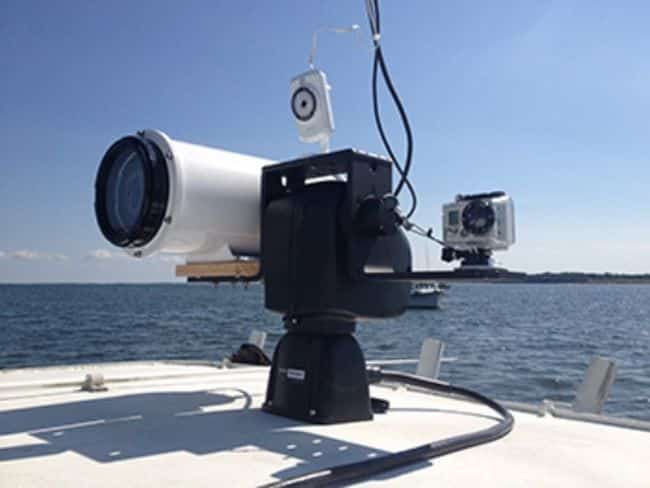 WatchStander’s revolutionary new artificial intelligence software lies at the heart of the company’s anti-piracy system.  It was developed via the company’s exclusive long-term partnership with The Pennsylvania State University’s Applied Research Laboratory (ARL), one of the U.S. Navy’s primary University Affiliated Research Centers.  Integral to WatchStander’s Intelligent Controller is the company’s software that evaluates the behavior of vessels located within six nautical miles of a WatchStander-protected ship.

“WatchStander constantly strives to enhance the security of commercial shipping personnel, ships and cargo.  We have therefore substantially improved the effective operating range of our system while holding our pricing constant.  This significant technological development has improved maritime security, while offering an even stronger value proposition for our customers.  As piracy increases, and the dynamics and methods of attack continue to change, so too must the mitigation tactics.  We believe that technology and innovation will play an increasingly important role in countering piracy and keeping the commercial fleet safe.”

Höegh Autoliners Stands Firm On Decision Of Not Implementing Scrubbers

Sirius Shipping’s First Of Two Product And Chemical Tankers Launched Successfully
Want to share your tips and advice? Got questions? Visit the community forum to ask questions, get answers, meet people, and share your tips!