On 11 June, the HMM Algeciras moored in the port of Antwerp. The mega-ship from South-Korean shipping company HMM is the largest container ship in the world with a cargo capacity of 23,964 TEU, 20-foot-containers. She is 400 metres long, 61 metres wide and has 23 crew members. 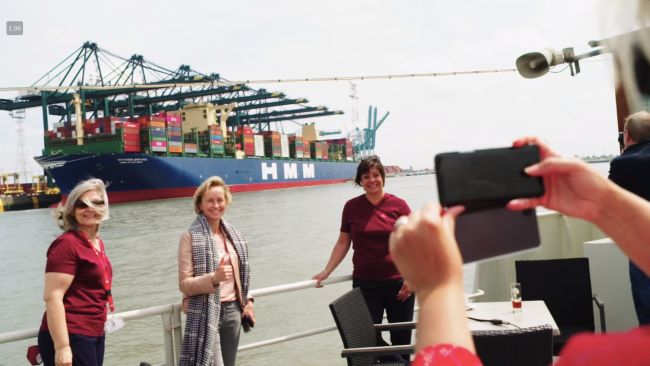 On 24 April, the giant departed on her ‘maiden voyage’, the ship’s first journey. From Yantian (China), the ship travelled to Antwerp. On 11 June, an official delegation from the Port of Antwerp welcomed the ship with an engraved commemorative plaque, otherwise known as a “Godspeed Plate”. The ship’s subsequent trip to London then began on the morning of Saturday 13 June.

The debut of the HMM Algeciras in Europa and her mooring in the Port of Antwerp has a symbolic value, according to Jae-hoon Bae, president and CEO of HMM. “The run-up to ships in the 24K category is connected with the Port of Antwerp.” It also crowns the port as the access point to Europe for mega-ships. “We have demonstrated that Antwerp can accommodate even the largest container ships,” says Jacques Vandermeiren, CEO of the Port of Antwerp. 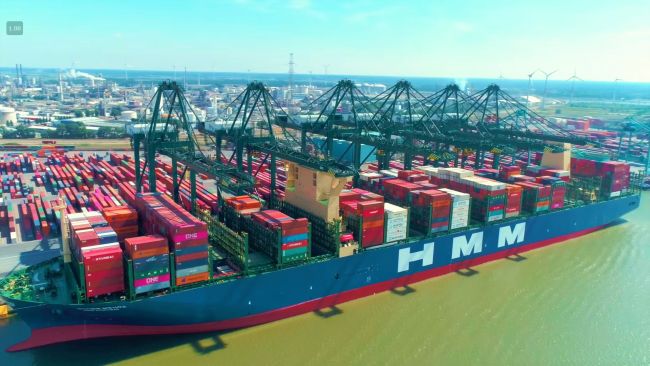 Port of Antwerp organised a competition to get ‘up close and personal’ with the HMM Algeciras. The three winners, in their bubble, enjoyed an exclusive tour of the mega-ship. Take a look through the eyes of the ship-spotters.