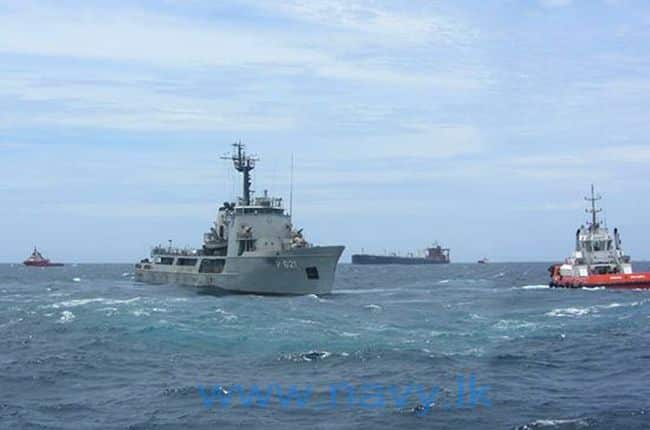 The navy said that a 17 member salvage team from Salvor Company and 4 members from the Sri Lankan Navy have boarded the ship for all the necessary inspections and disaster management. The team has started the salvage work and are giving priority to repair a leak in the fuel tank of the ship.

The 17 experts include British and Dutch professionals — rescue operation specialists, disaster evaluators and legal consultants. The oil slick near the ship is about 10-30 meters wide and about a nautical mile long.

Indian coast guard sent an aircraft for spraying dispersant in the oil slick. Samples from the slick were found to be of heavy fuel oil (HFO) as the ship has nearly 1700 tons of HFO to power its engines. 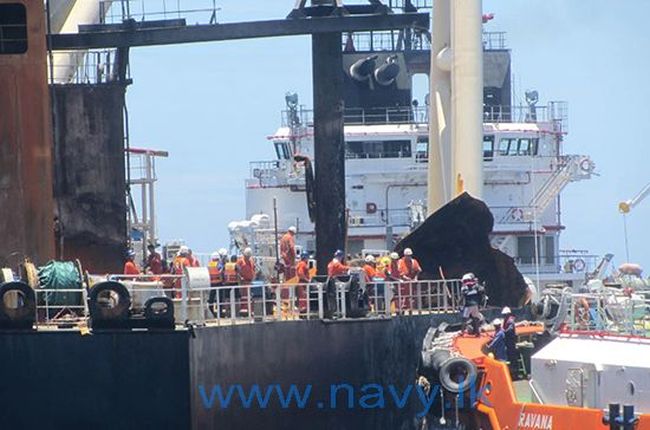 Officials said the engine room and pump room has flooded with sea water and it was suspected that the oil slick came from the sludge oozed with water and not from the cargo tank. 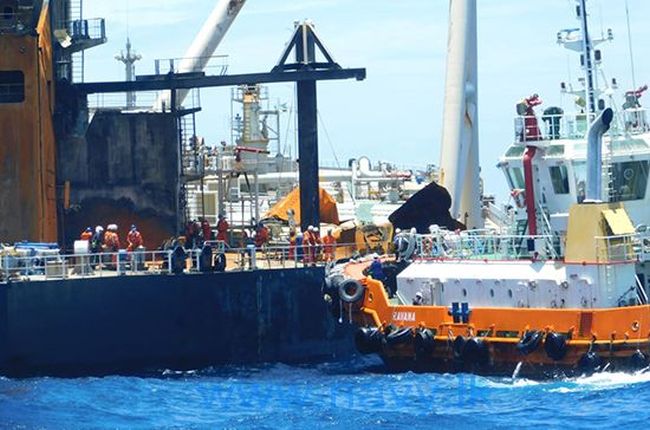 Water samples from the accident site has been collected by the Sri Lanka’s Marine Environment Protection Authority. They have planned to take legal actions over the fire onboard MT New Diamond.

Further efforts are being made to remove any toxic gases, fumes or vapors generated by the fire, from the engine room and other compartments.

Tags: Fire on board Sri Lanka