The Versabar’s VB-10000 has, at last, arrived at the salvage operations of the Golden Ray. The towering, floating crane is tasked with separating a capsized cargo ship on the coast of Georgia. It arrived on Tuesday and is scheduled to begin dismantling the vessel into huge chunks in a few days.

The heavy-lifting crane had been in the Port of Fernandina since early July, it left the port on Monday. News of the crane’s arrival gained the attention of hundreds of people to the St. Simons Island Pier. 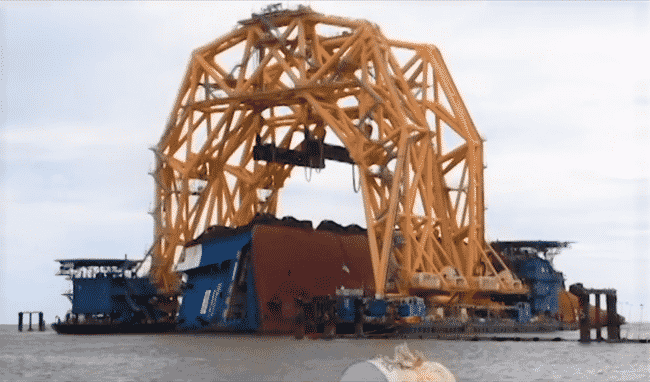 Bobbie Sampson a resident said that now the amazement is starting to wear off. He said “It’s been fun, I will say that, but it has been a year. The first couple of months… watching them weld the lifting lugs on… We are always like ‘What is that? What are they doing?’ but it has been a year, I want to see driftwood on the beach again. I’m ready for the view back.”

The Golden Ray is to be dismantled into eight sections by the giant VB 10,000. These sections will be recycled in Louisiana after being hoisted onto barges. The process will be assisted by the Aerial cameras and spotters while workers watch from afar– something Matt Fish, the Versabar Operations Manager, said is very vital.

Fish said, “We will be lifting quite heavy and possibly unstable structures into the air to set on these transportation barges as much as possible we removed people from the area in the vicinity during all this work.”

A machine like VB 10,000 is required as more than 71 tons of inventory and equipment remains in the Golden Ray wreckage, this includes thousands of new vehicles. 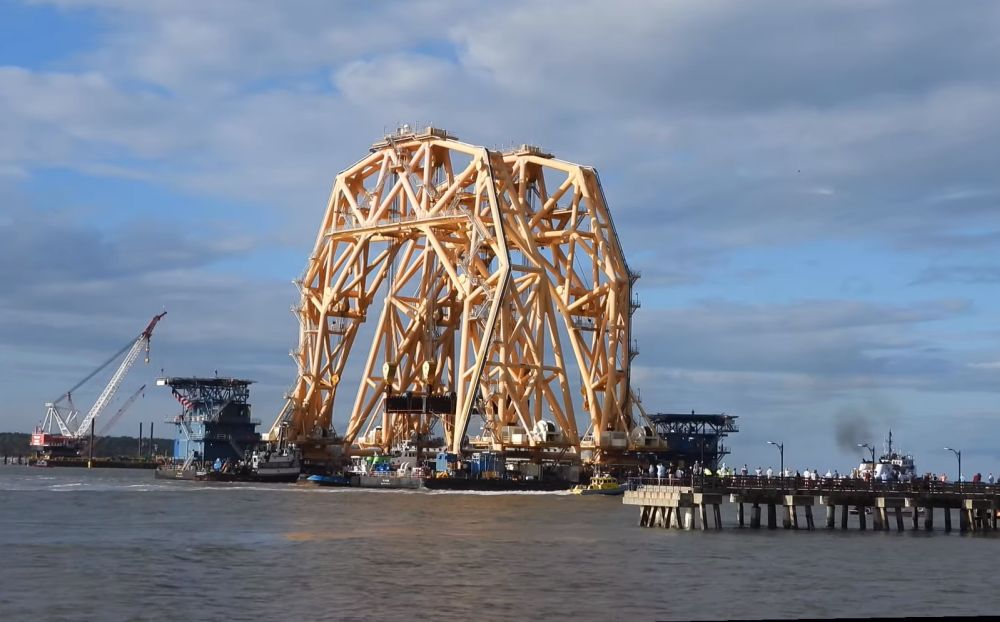 “It’s a dual-barged system with two overhead cranes that each contain two lifting blocks. That gives us four crane blocks which are quite different from a lot of typical construction vessels in that we can control center of gravities and manipulate, the packages we are lifting,” Fish said.

VB 10,000 will be located over the Golden Ray, It will take a few days before the crews and residents to start to work, but they are eager for work to start and once it begins, a new series of concerns set in too.

Altamaha Riverkeeper Executive Director Fletcher Sams said “We are all concerned with debris flying off during the cut and the removal of the sections. Each cut is going to result in about 80 to 100 cars falling into the sound, which is what the netting is for the environmental protection barrier, but those cars are full of batteries, antifreeze, oil, gasoline. We are very concerned about every stage of this.”

Environmentalists will keep an eye out for fires and spills and will also monitor the work as it processes. The VB 10,000 is the largest lift vessel ever built in the US and weighing 7,500 tons. Coast Guard Petty Officer 2nd Class Michael Himes, a spokesman for the multi-agency command overseeing the ship’s removal said “We’re looking at a series of tasks that need to be complete before demolition of the ship begins. Those tasks should take about three to five days, weather permitting.”

A busy Atlantic hurricane season, delayed the ship’s removal, a handful of coronavirus infections among members of the salvage team, and an engineering problem dealing with how to anchor the crane. To safeguard the 100 savage workers against the virus, they have booked an entire resort nearby through Jan. 21 to isolate them.

Hearings were held last month by the Coast Guard on the cause of the shipwreck. An expert concluded the Golden Ray tipped over because unstable loading had left its center of gravity too high.

Coast Guard Lt. Ian Oviatt said: “The ship lacked enough water in its ballast tanks, used to add weight at the bottom of a vessel, to offset that of the vehicles in its cargo decks above.”