As most of you would be aware, in January this year the Dutch Postcode Lottery granted 8.3 million euros to Sea Shepherd for the construction of the vessel.

Over the next 12 months, what is now just a shell of steel works will be transformed into a custom-designed, state of the art-vessel. The new ship will be capable of achieving speeds that far exceed any of the vessels in our current fleet, and will be able to operate in extreme weather conditions. 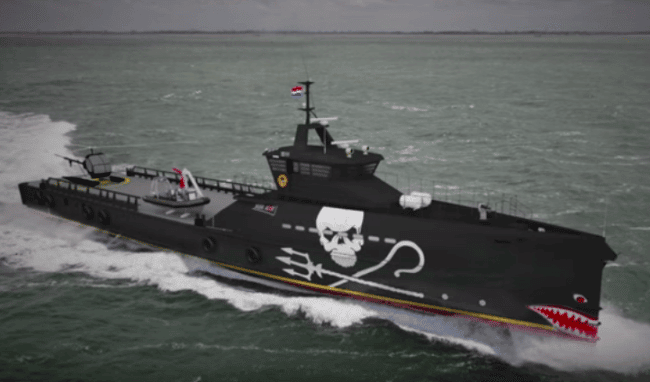 The dream ship will also be equipped with a hybrid propulsion system, providing an extended range and drastic deduction of fuel consumption. This will lower the fuel costs as well as limit the CO2 expulsion.

During the Keel Laying Ceremony, Geert welded the Golden Banner, an official artifact from the Dutch Postcode Lottery, into the hull of the ship. As is customary, the keel was baptized with champagne, kindly donated by the ship builder.

We will be providing you with regular updates as this very exciting venture unfolds between now and the official launch of the new vessel in September 2016.