You are here: Home › Shipping News › Watch: 21 Injured In Fire Onboard US Navy Ship In San Diego
TwitterFacebookLinkedInPinterestBuffer

A triggered explosion broke out aboard the USS Bonhomme Richard on Sunday, 12th July 2020 in San Diego causing injuries to 17 sailors and 4 civilians. The ship, docked for routine maintenance between deployments, at the base in San Diego escalated to a three-alarm fire

At 8:30 am in a lower cargo that been in use for vehicle storage. 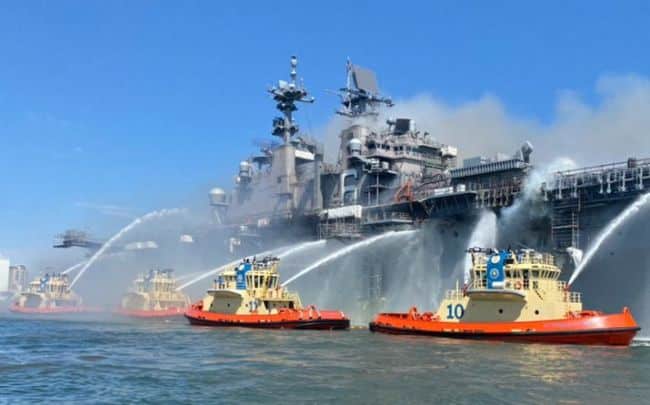 While authorities are still unclear about the cause of the explosion on the amphibious assault ship, Adm. Philip Sobeck is of the opinion that the explosion could’ve been the result of a backdraft in an area where a huge load of marine equipment is stored. Backdrafts are known to occur during a fire when oxygen seeps rapidly into an oxygen-depleted setting.

Bonhomme Richard is an 847ft long sheep that is designed to carry landing craft to transport equipment, landing boats, and troops as well. Commissioned in 1998, this 23-year-old ship, fortunately, did not carry any explosives, or heavy arms while being docked.

While sailors are trained fully to face fires and douse them effectively, Professor Dukat, damage control assistant on the USS Wasp mentions that there are unique hazards that take place due to rising heat and intense steam produced while dousing it.

The crew, a size of about 1000 had 160 members working onboard the weekend. Disembarkment of these sailors was carried out safely and are accounted for. The 21 injured sailors and civilians who had been admitted to the hospital to treat wounds are currently in a stable condition, as stated by a spokesman for the Naval Surface Force, US Pacific fleet. 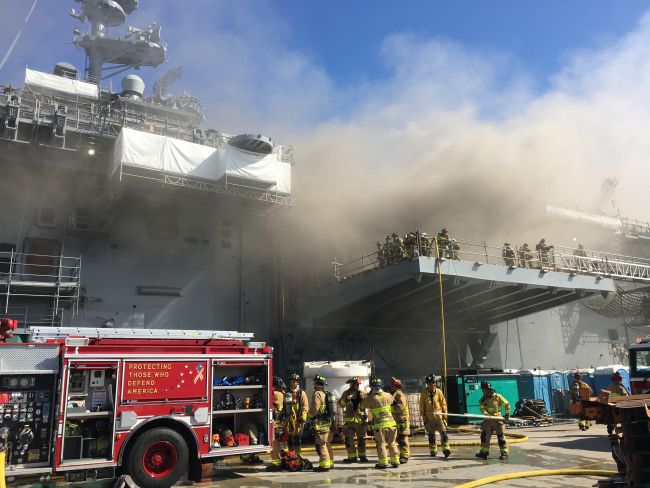 Following the alert of the fire, the local, base and shipboard firefighters on the ship responded immediately. At 9:00 am, Federal fire San Diego firefighters were requested. By the bay, Navy Region Southwest tugs were seen combatting the blaze. The waterfront was undertaken in crew rotations with the US Navy firefighting crews and the SDFD to find the heart of the fire and extinguish it, as reported by Rob Bondurant, Chief of Federal Fire Sand Diego. 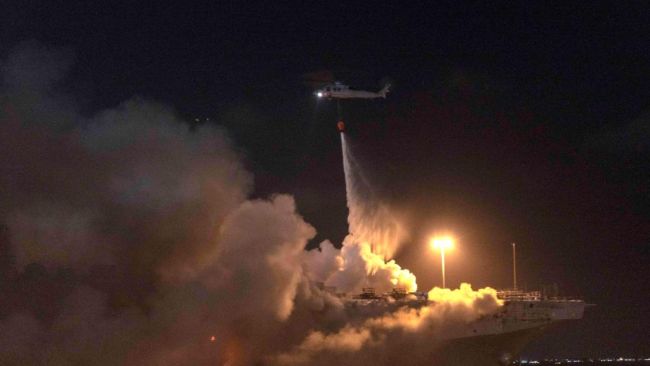 Smoke inhalation may have caused injury to bystanders and workers. 19 firefighters have also been sent for health evaluations following minor injuries while combatting the fire. 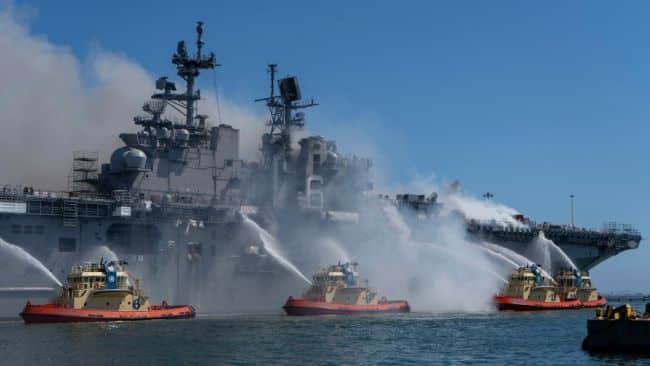 As part of safety precautions, the area around the ship has received a perimeter of 1800ft, as well as surrounding buildings. Two warships docked close by – The USS Fitzgerald and USS Russell have been moved away. The smoke, having had caused a significant amount of depletion in air quality, is being constantly monitored, along with the temperature. San Diego Channel, south of Coronado bridge is currently shut to boating traffic.