Wärtsilä Sternguard In-Water Serviceable Seal (IWSS) has won its third award. The ground-breaking seal received the award for Innovation in Dredging Equipment at the Dredging & Port Construction (DPC) Innovation Awards 2016. The new recognition comes only days after Wärtsilä Sternguard IWSS won the Technical Innovation Award at the Seatrade Maritime Awards and the Environmental Technology Award at the Ship Efficiency Awards.

The awards, which were now held for the first time, are organised by IHS Dredging & Port Construction, a prestigious trade magazine. The main ceremony and gala was held on 10 November 2016 in London. The panel of judges included industry experts, who chose the winners from among a number of high quality entries. The category of dredging equipment included software, engines, pumps & wear parts, cutter-heads and project-specific solutions. Out of ten shortlisted competitors, Wärtsilä Sternguard IWSS was considered the most innovative. 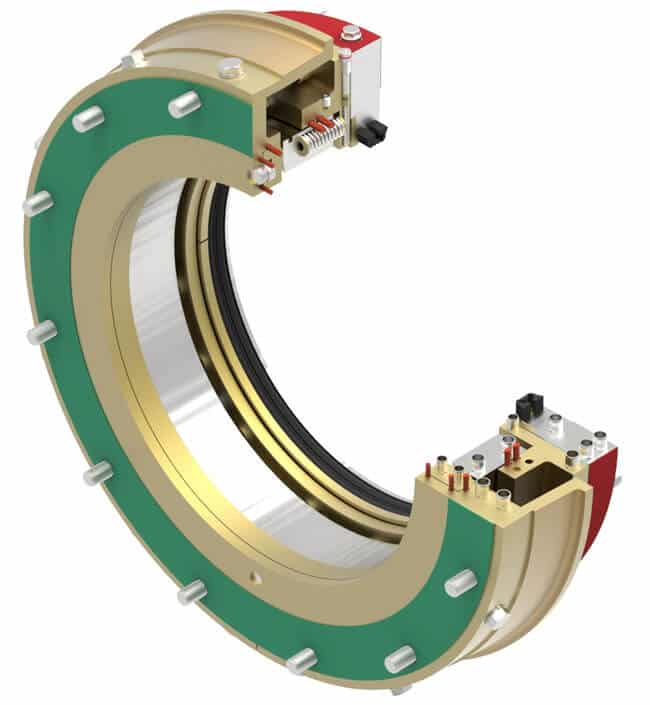 “It is a great honour to receive this recognition from the DPC Innovation Awards. We are very happy to see that the Wärtsilä Sternguard In-Water Serviceable Seal has made an impression in so many different sectors of the maritime industry. Wärtsilä is proud to provide the dredging industry with an innovative seal that can be serviced underwater to minimise overhaul downtime and costs,” says Damian O’Toole, Director, Wärtsilä Seals & Bearings.

Wärtsilä Sternguard In-Water Serviceable Seal, launched in December 2015, is a fully split, underwater serviceable seal that minimises overhaul downtime and costs. The seal has been designed to provide a smoother, faster service, as well as enhanced overall performance and endurance. The Wärtsilä Sternguard In-Water Serviceable Seal can be used to retrofit any other type of seal and is available for merchant, offshore, IWW and cruise & ferry vessel types, running on Environmentally Acceptable Lubricants (EALs) or mineral oils.

Wärtsilä’s ground-breaking seal is the first of its kind on the market and a result of extensive market research, data analysis, product development, testing and validation. It has been type-approved by the major classification societies.