The annual Significant Boats awards programme, hosted by Workboat magazine, has recognised Harvey Gulf International Marine’s LNG fuelled offshore supply vessels, powered by Wärtsilä engines, as the Workboats of the Year for 2015. The award was announced at the 2015 International Workboat Show in New Orleans. 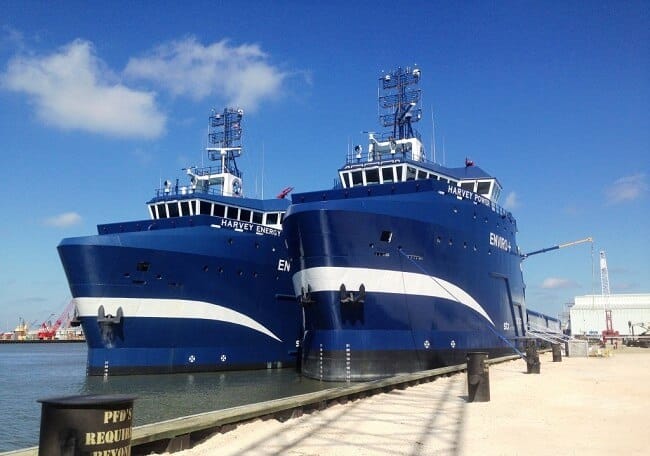 The strong partnership between Harvey Gulf and Wärtsilä has been developed through very close cooperation during the sales, construction, commissioning, and delivery phases. This has been a key factor in ensuring high quality and operational success. The cooperation has been further cemented with a 5-year Technical Management Agreement, in which Wärtsilä has committed to providing long term field service, as well as workshop and spare parts support, from Wärtsilä’s newly-completed service facility in New Orleans.

Since beginning operations in February 2015, the Harvey Energy has experienced no time off charter and has met or exceeded all expectations. Delivered in October 2015, the Harvey Power has continued in the same vein and is performing flawlessly, with both Harvey Gulf and the charterer being very well pleased.

“In deciding to move forward with this industry-changing technology, Harvey Gulf knew it was taking a risk,” says Chad Verret, Harvey Gulf International’s Executive Vice President for LNG and Alaska Operations. “But, we made it a point to mitigate as much risk as possible by extremely hard work, attention to detail, working closely with regulatory bodies, and selecting the right partners. Wärtsilä has been an outstanding partner not only by providing cutting edge technology, but also by the tremendous support provided in all phases of the project.”

”The success of these ground-breaking vessels is the product of the close relationship developed between Harvey Gulf and Wärtsilä,” says Bill Amundsen, Wärtsilä’s Account Manager for Harvey Gulf. “It is a natural result of two great companies led by visionary executive teams. Wärtsilä has a decades-long reputation for developing pace-setting technologies, and, likewise, Harvey Gulf understands that being an industry leader requires an innovative mind set, investment and courage, but most importantly a commitment to excellence.”

The Harvey Gulf OSVs were selected from the top 10 Significant Boats of 2015. The awards focus on the technical innovation aspects of vessels operating in the workboat industry. A special recognition breakfast was hosted by Workboat magazine on Wednesday, December 2.