We are delighted to announce that Wallem Ship Management has won the Lloyd’s List Asia Pacific “Ship Manager of the Year 2017”. The award was presented to Nitin Mathur, Managing Director of Wallem Singapore at a ceremony held last night (26th October 2017) at the Shangri-La Hotel, Singapore in front of a crowd of over 350 people.

The judges chose Wallem Ship Management for its focus on safety and wellness at sea amid increasing stress among seafarers as the industry faces changes and challenges. 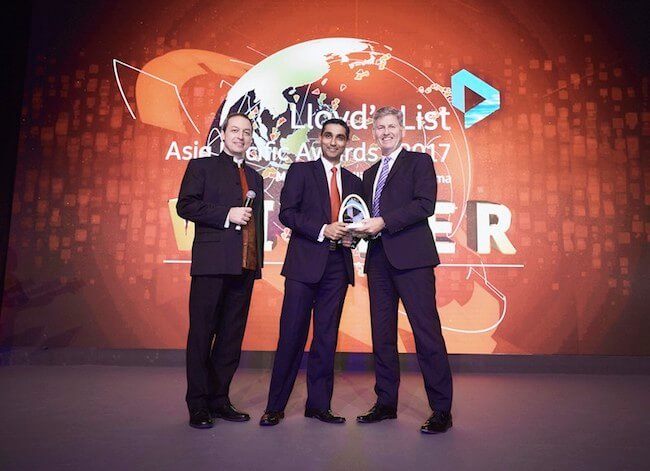