The m.v. Aragonborg is sailing from the Swedish port of Uddevalla to Port Alma, Australia. The m.v. Arubaborg is on her way to Manzanillo on the west coast of Mexico to deliver several yaughts. After both vessels left the locks, the m.v. Avonborg is expected to enter the Panama Canal eastbound from China to the St. Lawrence. 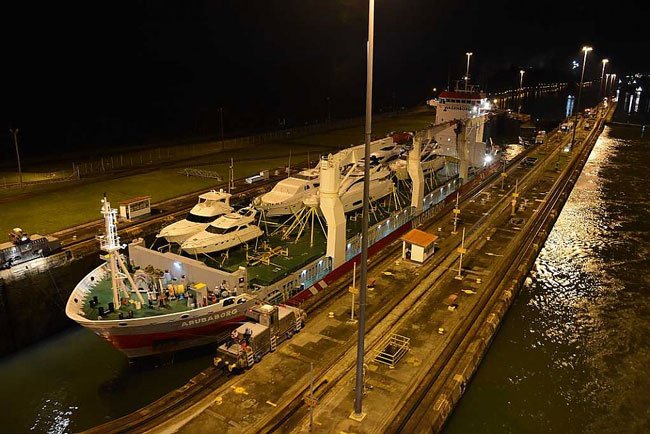 Wagenborg has been active in the shipping industry for over a century. Initially confined to the Baltic Sea and the North Sea, Wagenborg has gradually expanded its navigation areas. For example, to the continent of America, where the name “WAGENBORG” is being increasingly seen on the hulls of our vessels in many ports around the Great Lakes and the Panama Canal. Ever since, Wagenborg has remained in this region and opened its own office in Montreal, Canada.