You are here: Home › Shipping News › VV: Number Of Newbuild Orders Less Than Half In H1 2017 Compared To 2015
TwitterFacebookLinkedInPinterestBuffer

Newbuilding orders for tankers and bulkers have increased during the first half of 2017. However the overall number of orders placed has more than halved when compared to the same period in 2015.

This is especially obvious when comparing the 50 offshore vessels ordered in H1 2015 vs the absence of any offshore orders placed during H1 2017. 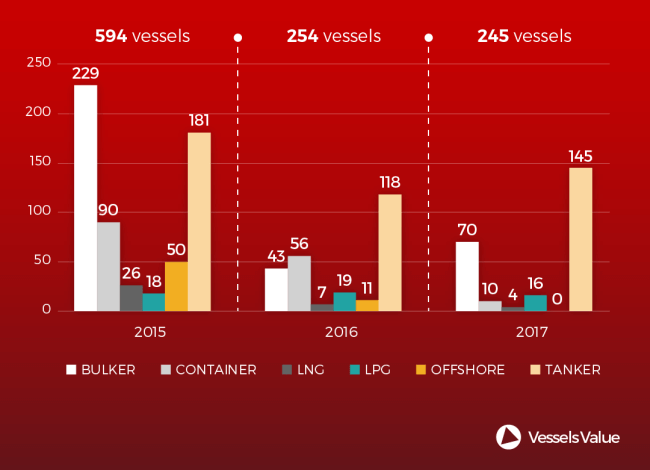