VTT Technical Research Centre of Finland is developing safe steering for the remote-monitored and controlled autonomous ships of the future. The new technology has been developed for navigation systems and ship autopilots, which steer ships automatically.

The ships of the future will largely be controlled by artificial intelligence. However, these autonomous unmanned vessels must be monitored and controlled on demand by land-based professionals. This trend sets new challenges also for autonomous ship navigation systems, which must be able to control ships in various situations. 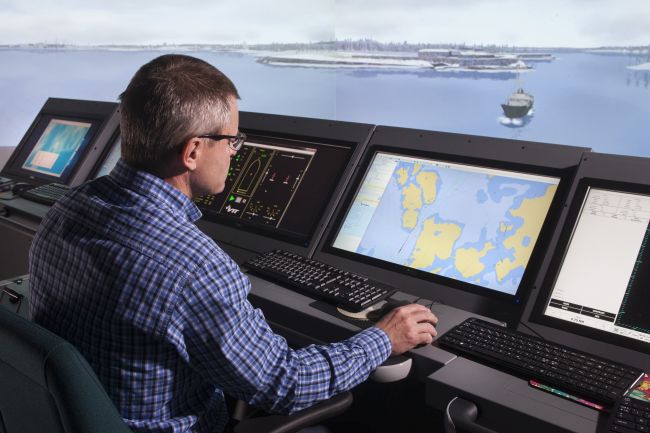 “VTT has deep knowledge of autonomous ship research concerning especially reliability and safety topics. Such special expertise has now led to the development of navigation systems for autonomous ships,” says Jussi Martio, a Senior Scientist at VTT. This requires an autopilot, which is used to control a moving vessel, including during evasive manoeuvres according to International Regulations for Preventing Collisions at Sea (sea-lane rules).

The Apilot autopilot under development by VTT has three modes: track, heading and slow joystick control e.g. for docking situations.

In the ‘track mode’, Apilot steers the ship along a previously agreed route. If the ship detects another vessel, which must be avoided, the autopilot switches to ‘heading mode’. This enables Apilot to avoid the other vessel with a small change in the ship’s heading. Autopilot returns to track mode after the other vessel has been avoided.

In the ‘joystick mode’, control and propulsion equipment are adjusted to low speeds manoeuvrings. Apilot puts the ship into the desired operating mode, for example to manoeuvre sideways into a dock.

In all situations, the autopilot ensures that the ship remains within a set distance from the planned route. If the limits in question are exceeded, the autopilot gives a warning and remote control must be taken of the ship.

Human factors must be taken of account when designing the remote monitoring and control systems of vessels. VTT has studied interaction between humans and technology in maritime transport and has developed new concepts for the bridges and remote shore control centres of the autonomous ships of the future. In such design activities, the aim is to make operations more safe, efficient and comfortable by seeking new solutions that enhance operating methods, as well as the usability and user experience of technologies.