Superyacht lady MM, travelling from Capri to Porto Servo in Sardinia, caught on fire at 0600 hours on Tuesday that destroyed its superstructure. The 48-meter vessel was 50 miles off Capo Comino when it went up in flames.

The Coast Guard station in Olbia, Sardinia picked up a distress call from the yacht and deployed two patrol boats and a helicopter to assist. The yacht carried 17 passengers of which 9 were crew members and 8 were of Kazakh nationalities. They were reported safe by local news outlets after they abandoned the ship with the help of yacht tender.

The escape was made a few hours after the distress call. Coat Guards eventually located and brought the passengers to the shore, safely. Pictures and footage by coast guards and the helicopter capture a view of Lady MM on fire.

The fire onboard the ship lasted for a few hours until she began to sink having taken in water. The fire broke down the aluminium superstructure and the yacht sank at 1730 hours on the same day. 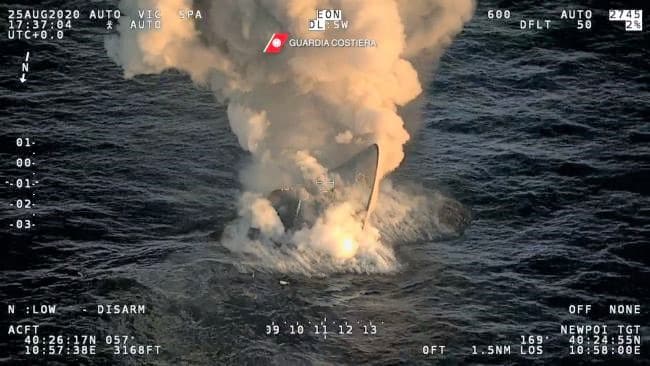 Investigation to determine the cause of the fire onboard the yacht is underway.

Tags: Fire on board super yacht