MV Filipinas Dinagat, owned by the Cokaliong Shipping Lines caught fire on Thursday, July 22nd, 2020, at around 10 pm while on its route to Palampom town in Leyte. The ship was carrying 41 passengers and four crew members, along with the captain.

A released incident report by Dagalea states that the ship left at 7 pm, starting from Pier 1 in Cebu City. PCG-7 soon received distress calls from the vessel saying that it had gotten on fire. This occurred while the ship was sailing a few miles away from the Binnongkalan Point, north of Cebu.

The Philippines Coast Guards in Central Visayas (PCG-7) deployed the BRP Suluan (MV-4406) in immediate response to the fire. All ships in the vicinity of MV Filipinas Dinagat were also contacted to assist the fire-engulfed ship. 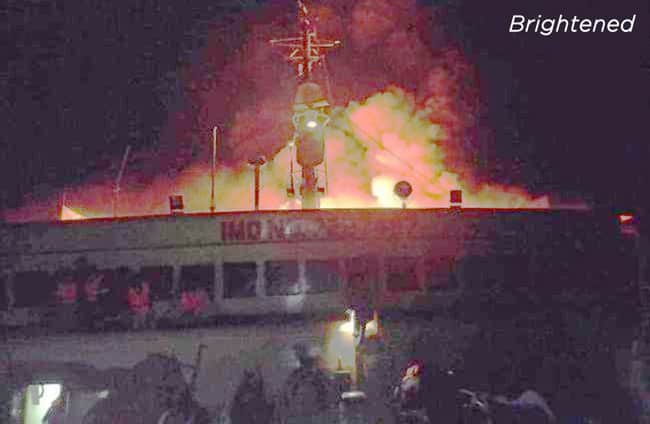 All of the crew members and passengers were taken to Danao Port for medical assistance after rescuing them. The captain of the ship and 3 other crew members, however, stayed close by the ship “to attend to the ill-fated ship”

The cause of the fire remains to be unknown, although Joel, Villanueva, the captain suggests that it might have been a fire caused due to electrical failure. Investigations are to be conducted by the PCG-7 to determine the cause of the fire. 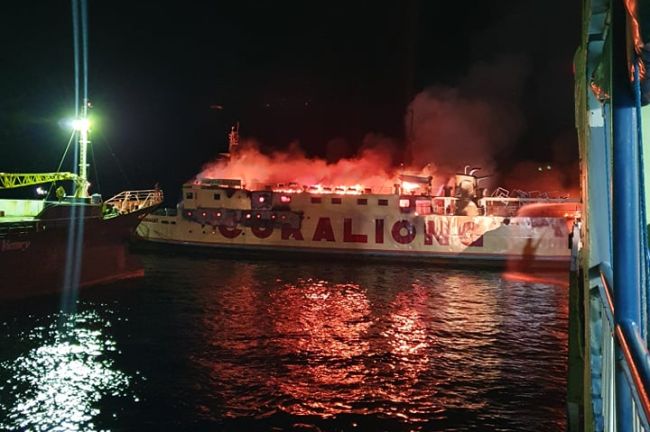 The fire though not completely out, is now in control, as per commodore Armand Balilo, a spokesperson of the Coast Guard. Two tug boats were called to the area to assist with towing the vessel to Sogod, Cebu. 95% of the ship is believed to have been burnt down.

Cokaliong Shipping Lines has stated that all members aboard are “all safe and accounted for”, thereby declaring the maritime accident as one of “zero-casualty”