The containers arrived at Blount Island from Qingdao, China aboard the Saga Navigator and were offloaded by Portus. The investment in this new equipment highlights TOTE’s continued commitment to the future of the Puerto Rican trade lane. 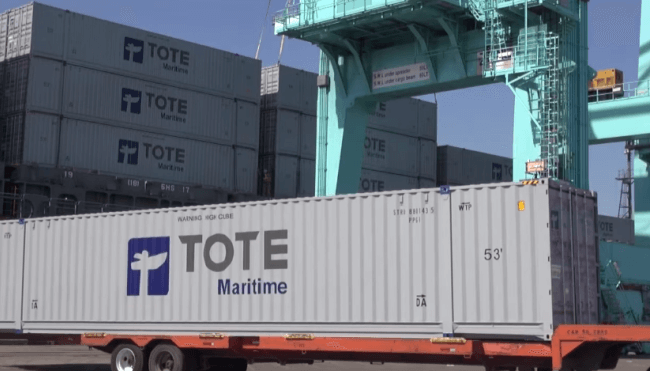 Both ships will be home ported at JAXPORT and will serve the Puerto Rico trade lane.

See photos of the containers being unloaded. Photo caption: Stevedores with Portus unload the first shipment of new containers to be used on the world’s first LNG-powered containerships, which will be home ported at JAXPORT.