The Coast Guard is responding to an oil discharge near Pier 19 in Honolulu, Thursday. Watchstanders at Coast Guard Sector Honolulu received a report from the master of the vessel Kamokuiki, Wednesday evening that heavy fuel oil discharged during bunkering operations with a barge.

The crew of the vessel immediately secured the discharge, activated their Vessel Response Plan, and began clean-up operations.

Pacific Environmental Corporation and Marine Spill Response Corporation representatives deployed 25 bales of absorbent material stretching from the stern of the vessel to Pier 22. 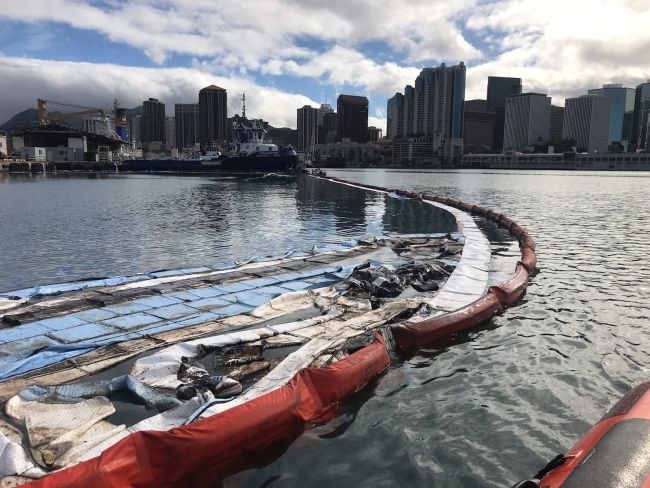 A Coast Guard MH-65 Dolphin helicopter crew completed an overflight this morning of the impacted area and confirmed some of the oil had leaked out of the contained area and was coming ashore near Coast Guard Base Honolulu on Sand Island. 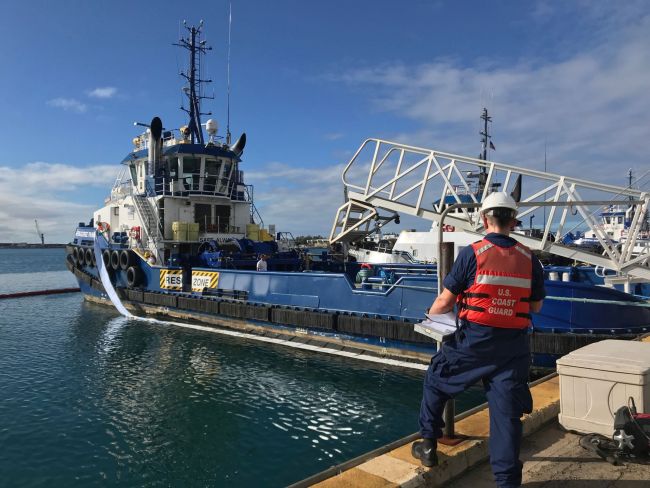 Clean-up of the impacted area is still on-going. So far, two barrels (about 84 gallons) of oil has been recovered with sorbent material, and another 40 gallons have been cleaned up by skimmers currently deployed in the area.

There are no reports of impacted wildlife.