The U.S. Coast Guard has announced that commercial fuel shipping activity into the Port of Green Bay will conclude by Jan. 20, 2017. At that time, in conjunction with the Green Bay (Brown County) Port Director, the Coast Guard will signal the end of the local navigation season and close the southern portion of the bay to shipping.

For the rest of Green Bay, once the bulk of the commercial carriers have laid up for the winter, the Coast Guard will announce its intent to break ice 72 hours ahead of any scheduled movement by the carriers. This will provide ample warning of the upcoming ice breaking activity. The notices will provide specific areas of impact and recommendations to improve safety for recreational users of the ice. 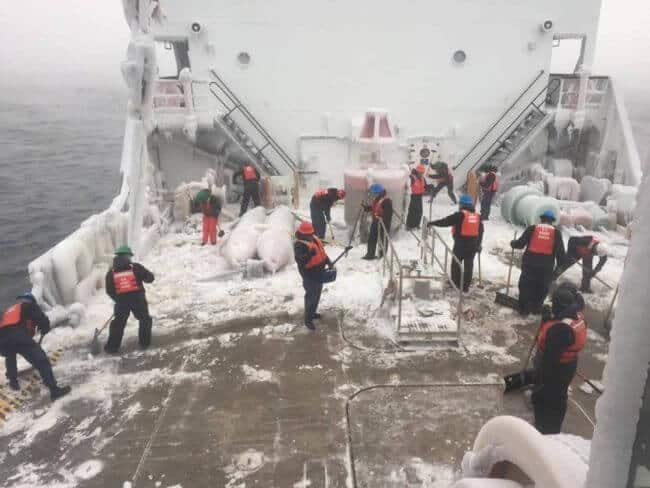 Prior to each movement and any associated ice breaking, a 72-hour advance notice to the public will occur via broadcast notice to mariners on VHF-FM marine radio channel 16 and 22, as well as public outreach through media notification and social media outlets @USCGGreatLakes on Twitter and on Brown County Sheriff’s Office’s Facebook page.