You are here: Home › Shipping News › USCG To Base 2 New Cutters In Astoria, Oregon
TwitterFacebookLinkedInPinterestBuffer

The U.S. Coast Guard announced Friday it will homeport two of the service’s new Sentinel-Class 154-foot Fast Response Cutters (FRC) in Astoria, Oregon, starting in 2021. These two ships have not yet been named, but the FRCs are named after enlisted Coast Guard personnel who distinguished themselves in the line of duty.

Each of the two Astoria-based FRCs will provide the coastal maritime community with a 30 percent increase in annual operating hours on regional waters over the Coast Guard’s legacy 110-foot Island class patrol boats like the Coast Guard Cutter Orcas, homeported in Coos Bay, Oregon. 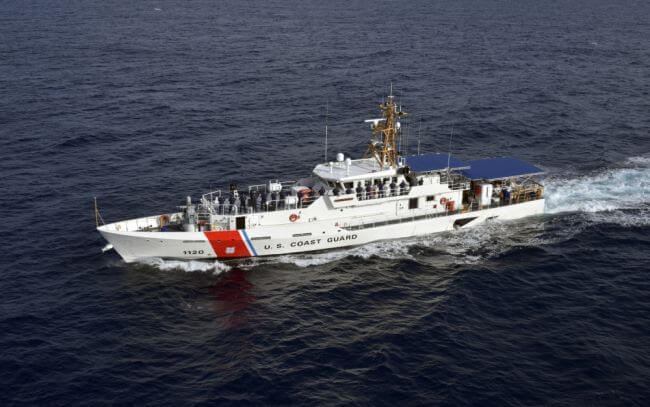 The FRC is equipped with improved command and control capability as well as increased sea-keeping abilities, operational range, a larger crew and higher transit speeds than the aging110-foot patrol boats. A larger, more capable stern launch cutter boat allows the FRC to conduct search-and-rescue and interdiction operations up to 50 miles away from the cutter, which greatly extends the vessel’s reach over the Coast Guard’s legacy patrol boat fleet.

The Orcas will continue to operate from its homeport in Coos Bay until its service is replaced by the first of the Astoria-based FRCs in 2021.

The Coast Guard is presently examining potential homeport sites within Astoria for the two as-yet-to-be-named FRCs.