On February 28, approximately 3,200 lbs. of cocaine, with an estimated street value of $77,000,000, was seized at the Port of New York/Newark in a joint operation involving U. S. Customs and Border Protection (CBP), the U. S. Coast Guard (USCG), Homeland Security Investigations (HSI), the Drug Enforcement Administration (DEA), the New York Police Department (NYPD), and the New York State Police (NYSP). 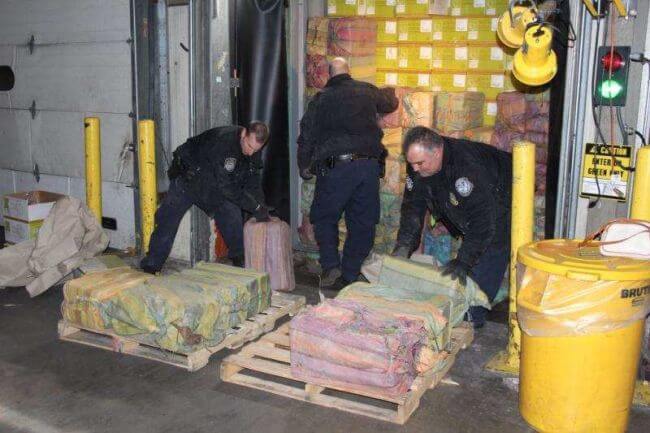 An examination of a shipping container entering the United States revealed sixty packages containing a white powdery substance that field-tested positive for cocaine. This apprehension is the second largest cocaine seizure at the Port of New York/Newark, and the largest in nearly 25 years.

“This is a significant seizure, in fact it is the largest cocaine seizure at the Port of New York/Newark since May 1994” said Troy Miller, Director, New York Field Operations. “The ongoing partnership between CBP, USCG, HSI, DEA, NYPD, and NYSP continues to produce results that protect the American public. This interception prevents a massive quantity of drugs from getting to the streets and in the hands of our children.”

“Cocaine, New York’s nemesis of the 90’s, is back-indicating traffickers push to build an emerging customer base of users mixing cocaine with fentanyl,” said DEA Special Agent in Charge Ray Donovan. “This record breaking seizure draws attention to this new threat and shows law enforcement’s collaborative efforts in seizing illicit drugs before it gets to the streets and into users’ hands.” 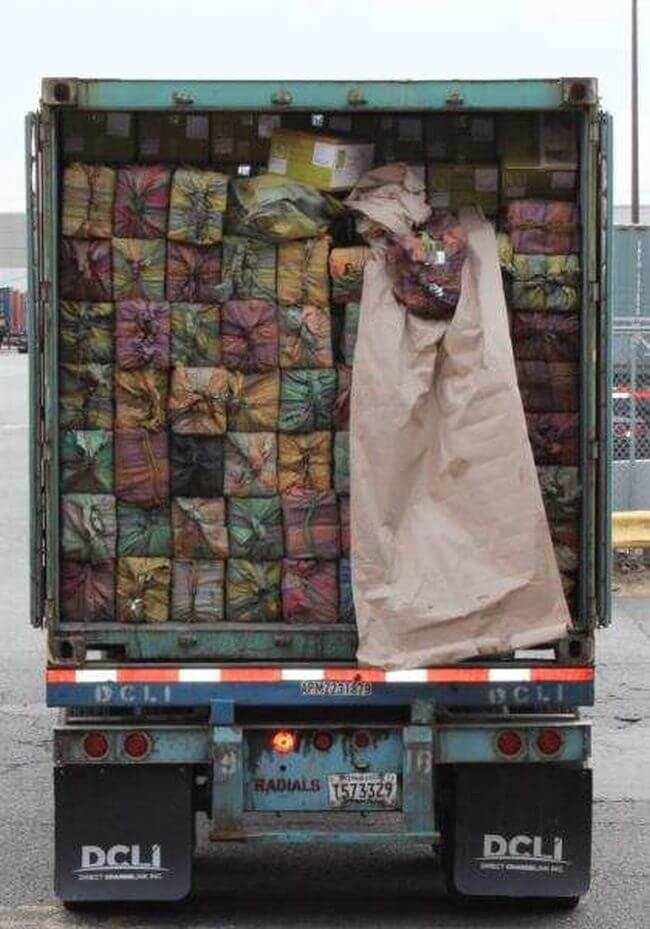 “Successes such as this seizure are a testament to the importance of our partnerships and our ability to work together to keep our ports and our communities safe,” said Capt. Jason Tama, Captain of the Port of New York and New Jersey, and commander Sector New York.

NYSP Acting Superintendent Keith M. Corlett said, “The dedication of law enforcement has once again resulted in a massive seizure of deadly drugs. I applaud our partners for the hard work that kept this dangerous substance from our streets. Not only did this interception save lives, but it also put an end to the violence often associated with drugs and drug trafficking. This is a crime we will not tolerate, and one we will continue to fight with our partners in law enforcement.”

NYPD Commissioner James P. O’Neill said, “The proliferation of illegal drugs in New York City will never be tolerated, neither by law enforcement nor by the people we serve. The NYPD and its law enforcement partners remain committed to identifying and stopping all illegal narcotics by attacking their distribution networks on every level. Through significant seizures such as this, we will continue to make every neighborhood in our nation’s safest large city even safer.”

CBP officers seized the illicit drugs and turned them over to agents from Homeland Security Investigations for further investigations.

CBP also wishes to acknowledge the U. S. Attorney’s Office Eastern District of New York for their cooperation and the United Kingdom’s National Crime Agency for their assistance.

CBP routinely works with its partner federal, state, and local law enforcement agencies to intercept dangerous drugs before they can reach our communities. It deploys the government’s largest law enforcement workforce, including air and marine assets, to protect our citizens at and between ports of entry.