As part of the Navy’s aggressive response to the COVID-19 outbreak on board the guided-missile destroyer USS Kidd (DDG 100), the ship will arrive at Naval Base San Diego April 28 to provide medical care for its Sailors and to clean and disinfect the ship.

“Sailors have called San Diego home for many years, and we’re especially thankful for that relationship now,” said Commander, Naval Surface Forces Vice Adm. Richard Brown. “Taking care of our Sailors and cleaning this ship is a team effort, and we’re fortunate that the partnership between the Navy and the city of San Diego is allowing us to focus on that mission.”

USS Kidd was at sea participating in counter-narcotics operations in the SOUTHCOM area of responsibility when several Sailors began exhibiting influenza-like illness (ILI) symptoms. One Sailor was medically evacuated to the United States on April 22 after experiencing shortness of breath. 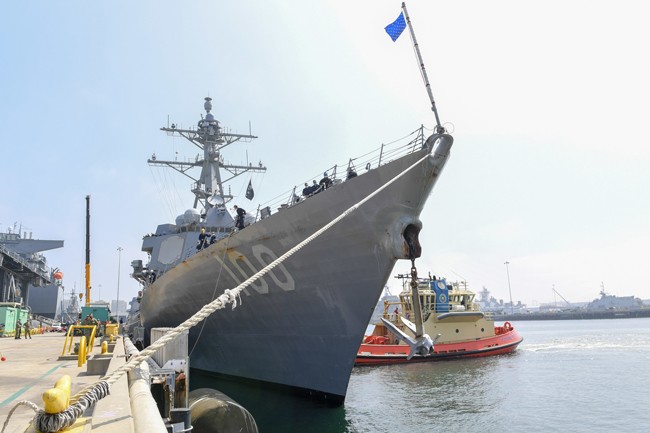 Commander, U.S. Pacific Fleet redirected the amphibious assault ship USS Makin Island (LHD 8) – with its robust medical facility, to include intensive care unit, ventilators, and additional testing capability – to rendezvous with the Kidd. On April 23, eight medical personnel arrived on board USS Kidd with an Abbott machine to begin testing the crew for COVID-19.

USS Kidd’s executive officer, Cmdr. Matt Noland, released a letter via social media to friends and family on April 24. In it, Noland wrote, “The Navy pulled out all the stops – specialist doctors have already arrived from the United States to test and help care for our shipmates.” 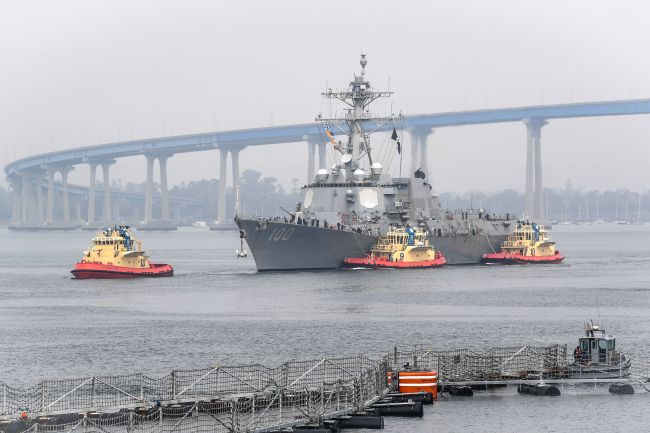 As Navy leadership solidified plans to return the ship to port, Sailors who warranted closer observation were transported from Kidd to Makin Island out of an abundance of caution. An additional Sailor was medically evacuated to the United States. Meanwhile, the ship’s crew began intensive cleaning efforts while still underway.

All Sailors will be isolated off-ship with twice-daily medical screenings. Crewmembers who have tested negative will enter quarantine for a period of observation, to include daily visits from military health professionals to monitor for symptoms. Finally, a small contingent of negative tested Sailors will remain on the ship for essential services and deep-cleaning. These Sailors will be outfitted with appropriate personal protective equipment, and will maintain social distancing in accordance with the Center for Disease Control’s guidance. 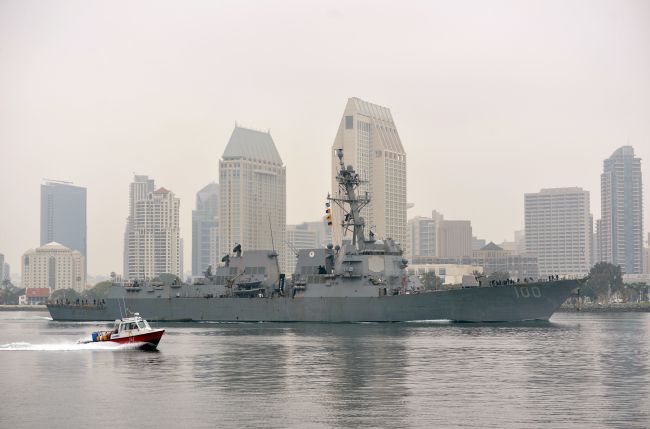 “San Diego may not be USS Kidd’s home port, but we are definitely being made to feel at home,” said the ship’s commanding officer, Cmdr. Nathan Wemett. USS Kidd is based out of Naval Station Everett, Washington. “I am personally grateful to know that we have such a strong bond with our Navy communities. It’s the strength of those bonds that helps us work together in challenging situations.”

The Navy is providing a resiliency counselor, team of chaplains, and psychologist for Sailors in isolation and quarantine. The Navy has also established a 24-hour roving patrol to ensure that Sailors who are sequestered off-ship are adhering to all public health and safety policies. 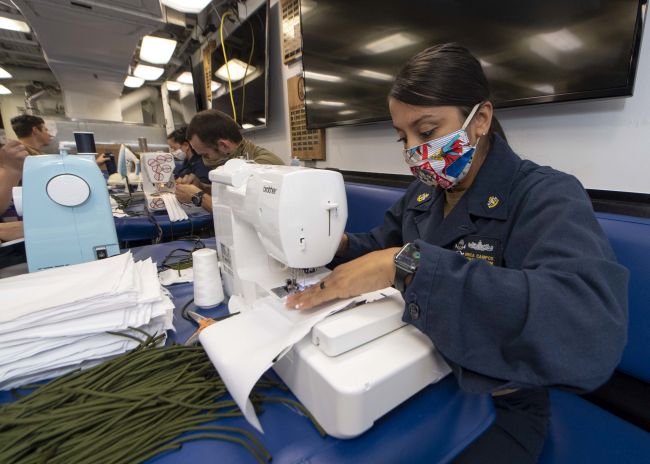 USS Kidd Sailors have been instructed to immediately report any ILI symptoms to help prevent spread of the virus – an important lesson the Navy learned from USS Theodore Roosevelt Sailors who were quarantined in Guam. Sailors who were screened for quarantine were asymptomatic, and several initially tested negative. Upon later developing symptoms, those Sailors were able to be isolated and treated appropriately.

While in San Diego, the ship will undergo a strategic deep-cleaning regimen that balances decontamination with preventing damage to the ship’s critical systems. The cleaning process begins with spaces being vacated for seven days – four days longer than the minimum recommended by the CDC. The ship will be cleaned room-by-room, with access to each space restricted. The process is expected to take approximately two weeks, at which time the confirmed healthy Sailors will return to the ship, and the off-going Sailors will begin their quarantine.

The USS Kidd Sailors continue to fight through this pandemic in order to get back to sea as soon as possible and execute their mission.