Lasers to counter unmanned aerial vehicles and sensors to scan the horizon, scrambling an adversary’s electronic equipment while relaying information to other systems – all packaged in a stealthy airframe – could be possible for a sixth-generation fighter, according to experts at Lockheed Martin.

The company expects to field a ship-based HELIOS system aboard an Arleigh Burke-class guided-missile destroyer in 2021. However, technological advances are helping the company shrink the size of HELIOS from what is due for installation aboard a ship to what can possibly fit onto an airframe, said Tony Wilson, a Lockheed Martin F-35 test pilot. 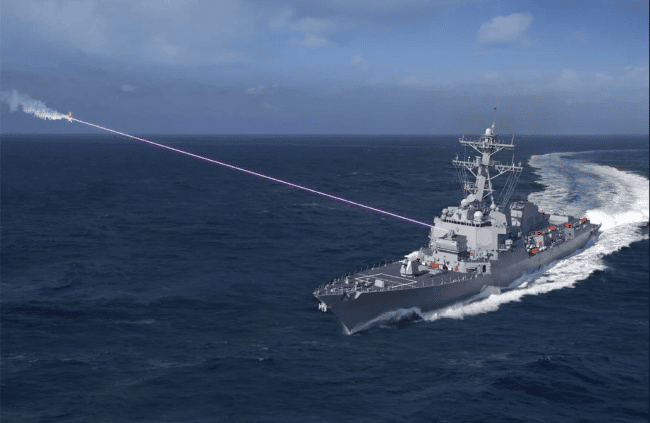 “Being a tactical pilot in today’s age is really exciting. During my time, I’ve seen the leap from fourth-generation to fifth-generation, with the integration of stealth and sensor fusion,” Wilson said. “What I’m really looking forward to is the next generation leap. That’s a sixth-gen fighter, where we not only take stealth and sensor integration, but we start adding things like directed energy weapons, drone swarm control.”

For Lockheed Martin, their HELIOS pitch to the military includes how the system offers an infinite magazine, is powered by the ship’s existing power-generation system, is a precision low-cost-per-kill weapon and will be integrated with the Aegis Combat System, said Brendan Scanlon, Lockheed Martin’s HELIOS program director.

Meanwhile, Lockheed Martin experts are taking a close look at how adversaries conduct electronic warfare, with the intent of developing capabilities to be shared by the service branches and used on various platforms, said Steve Allen, Lockheed Martin’s Information Operations and Solutions Director.

The recent conflict between Russian and Ukrainian forces provided Lockheed Martin experts a wealth of information, Allen said. The company was able to evaluate the Russians’ communications-jamming and electronic attack capabilities and glean what type of radar technologies they use for offensive purposes.

With a new understanding of how Russian capabilities have grown and what technologies they’re using, Allen said, “we’ve looked at that and said, okay, what are the capabilities or the products we have now that are strategic?”