You are here: Home › Shipping News › US Car Carrier Berths At Southampton After Catching Fire In English Channel
TwitterFacebookLinkedInPinterestBuffer

An American car carrier, Honor, was safely docked in Southampton after catching fire abroad in the English Channel last week.

With 21 crew members abroad, the US-flagged roll-on/roll-off vehicle carrier was en route to Baltimore from Southampton when the accident occurred. 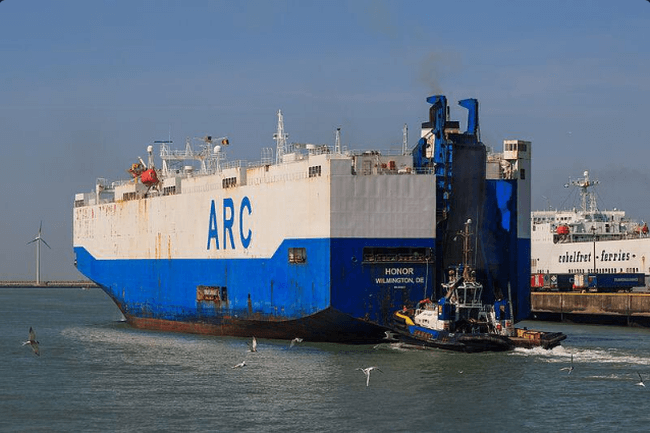 The UK Coastguard said the Honor’s own firefighting systems were used to battle the fire, letting the vessel to sail towards Southampton under its own power successfully.

No crew injuries or water pollution were reported.

American Roll-on Roll-off Carrier (ARC), owner of the vessel, earlier said the company is investigating the cause of incident and it has already made all the proper notifications to the relevant authorities.

ARC added that the possible damages to cargo and the vessel can be only assessed after the authorities grant permission to access the impacted spaces.

Reports earlier said a fire and rescue response team consisting members of the Hampshire Fire and Rescue Service was sent to the vessel immediately after the accident notified.

In addition, a pilot from Southampton Port and an MCA Marine Casualty Officer were also airlifted on board to evaluate the condition of Honor before allowing it to berth at the Port of Southampton.

Built in 1997, the 622 ft-long Honor’s primary trade is between the U.S. East Coast, Gulf Coast and Northern Europe.