The American Maritime Partnership (AMP), the voice of the domestic maritime industry, today released a statement in response to the sheer number of factual errors in the recent report published by the Alliance for Innovation and Infrastructure’s (Aii) – Jones Act: Protectionism v. Global Trade.

“The publication is littered with fabrications intended to mislead policymakers and we demand a retraction of the report,” said Tom Allegretti, Chairman of AMP. “It is shocking that a nonprofit organization led by former senior members of the U.S. military would produce such a factually inaccurate report and take such a myopic view of an important national security issue. They have failed to even acknowledge the fact that the U.S. Coast Guard Commandant, multiple 4-star generals leading USTRANSCOM, the Vice Chairman of the Joint Chiefs, the Secretary of Transportation, national security experts in the Congress, and many others have all stressed how critical the Jones Act is to national security.” 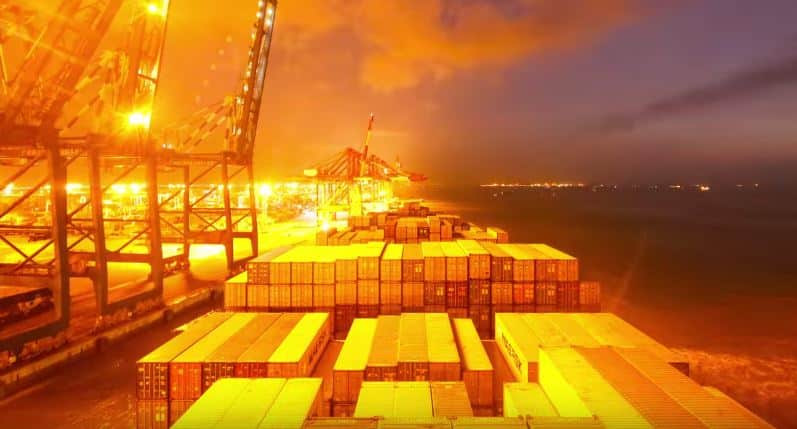 The AMP Chairman also suggested that the Alliance for Innovation and Infrastructure should do a better job of checking basic facts before issuing its publications. AMP seeks to set the record straight by correcting more than a dozen factual errors presented in the Aii report:

CLAIM: There are “about six dozen Jones Act-qualified vessels” in operation. (page 2 of report)

FACT: There are approximately 40,000 vessels in the Jones Act fleet.

CLAIM: According to the report, the U.S. International Trade Commission (ITC) has estimated that the Jones Act costs the nation $656 million annually. (page 4)

FACT: In truth, the ITC has completely backed away from that estimate (made in 2002) and now says it cannot calculate the cost of the Jones Act, if any. The ITC changed its position after the U.S. Government Accountability Office (GAO) reviewed the ITC’s findings and called them “uncertain,” “undeterminable,” “incomplete,” and “unverifiable.”

CLAIM: The report asserts the GAO has found that “the price per gallon of gasoline [in Puerto Rico] is 15 cents per gallon higher … than it would be in the absence of Jones Act requirements.” (page 6)

FACT: Actually, the GAO found there was no way to estimate a “cost” of the Jones Act, if any, because it was impossible to know which American domestic commerce laws would be applied to foreign shipping companies if the Jones Act were repealed. The 15 cent figure cited by Aii exists nowhere in the GAO report.

CLAIM: Aii says “foreign ships must avoid [non-contiguous states and territories] if the continental U.S. is their ultimate destination.” (page 3)

FACT: This claim is flatly wrong. The Jones Act only pertains to the movement of domestic cargo between domestic ports. A foreign ship coming from a foreign port may drop off foreign origin cargo at non-contiguous states and territories even if the continental United States is the ultimate destination.

CLAIM: Aii reports it costs many more times to crew an American ship than a foreign ship. (page 1)

FACT: This argument is deceptive, comparing apples to oranges. Foreign ships are not required to meet U.S. wage standards and can pay their crews third world wages and benefits (and frequently do). (A recent New York Times story described waiters on a foreign cruise vessel as “paid $50 a month plus tips and no benefits.”) Of course, American shipping companies pay more for their American crews just as any American domestic industry pays higher labor costs than their competitors in third world industries.

CLAIM: The report says the Jones Act requires foreign shippers to bring their goods to the mainland U.S. “where products are then offloaded and reloaded onto expensive vessels to be transported to [places like Hawaii and Puerto Rico] at substantially higher cost to consumers.” (page 1)

FACT: This claim is completely wrong. There is no requirement under the Jones Act, or anywhere else, that foreign shippers bypass the islands and reload their cargo on mainland vessels. Foreign shipping companies can deliver foreign origin cargo directly to Hawaii and Puerto Rico and they do regularly. In fact, nearly two-thirds of the vessels calling on Puerto Rico are foreign.

CLAIM: Aii asserts “imported oil must be carried on a U.S. flag ship if it makes more than one stop along the U.S. coast. Consequently, it becomes cheaper to export and more expensive to import…” (page 3)

FACT: Wrong again. A foreign tanker can make as many stops in the United States to deliver foreign cargo as it desires.

CLAIM: The report states “it is not uncommon for foreign vessels to travel between Alaska and California, making a quick stop in British Columbia… This allows a vessel that does not meet Jones Act standards to avoid a waiver and still transport goods between U.S. ports.” (page 5)

FACT: Incorrect. Such a movement would be illegal. It is false that it commonly occurs or that the Jones Act (or any other law) encourages such a move.

CLAIM: Aii describes the Jones Act shipping industry as “unchallenged by competition with no incentive to innovate.” (page 7)

FACT: The domestic maritime industry faces intense competition among itself, foreign shipping companies, railroads, pipelines, trucks, and airlines. The result is a highly innovative fleet that, with 40,000 vessels and an estimated 500,000 related jobs, is the envy of the world. The domestic fleet is a world leader in innovation, from the invention of the shipping container—called the invention that “made the boom in global trade possible”—to the recent construction of the world’s first LNG-powered containerships.

CLAIM: The report quotes a “Patrick Holland” for the facts that Virgin Islands was exempted from the Jones Act in 1992 and “predictably the costs of shipping goods to the Virgin Islands from the mainland is now nearly half that of shipping to Puerto Rico.” (page 6)

FACT: The report does not provide any basis for these statements, and there does not appear to be any study or information of any kind backing up the data. (The report does not even explain who Patrick Holland is.) The statement that the Virgin Islands’ shipping costs is half as much is simply not true. Also, the Virgin Islands were exempted in 1936, when Franklin D. Roosevelt was president, not 1992.

CLAIM: Aii claims that as result of the Jones Act and the lack of competition, “the [U.S.] cargo fleet has slowly deteriorated.” (page 1)

FACT: The American domestic fleet is 40,000 vessels strong and is the envy of the world. Over the last several years, the fleet has enjoyed a shipbuilding renaissance—the most significant in a generation. It is also highly innovative, e.g., creating the first self-unloading bulk carriers and the first LNG-powered containerships. This error probably represents confusion by the report writers with the U.S. flag international fleet, which has decreased over the years for a number of reasons that have nothing to do with the Jones Act.

CLAIM: The report’s mistaken premise is that the Jones Act is a hindrance to global free trade.

FACT: What the report appears to miss is that the Jones Act does not involve global trade. By definition, the Jones Act is limited to 100% U.S. domestic commerce—transportation between two points in the United States. The report recommends allowing foreign crews to engage in 100% domestic commerce outside of American laws, which is not allowed in any U.S. industry; there is no reason it should be allowed in shipping. It would certainly save costs to allow foreign shipping crews to operate in U.S. domestic commerce at third world wages—as it would in refining or any other U.S. industry—but no Congress is likely to allow that any time soon.

CLAIM: The report cites as fact a 2010 University of Puerto Rico study “which concluded that the island economy loses approximately $537 million annually as a result of the Jones Act.” (page 6)

FACT: The report did not mention that a 2013 GAO study—by all accounts the most detailed study of the Jones Act ever conducted in Puerto Rico or anywhere else—directly contradicted this by saying such an estimate was not possible.

CLAIM: Aii takes the novel position that “the complexity of the issue alone should encourage revision [of the Jones Act].” (page 6)

FACT: The Jones Act is not complex. Life without the Jones Act would be far more complex, as the Lexington Institute’s Dr. Daniel Goure noted, saying “[w]ere the Jones Act not in existence, DHS would be confronted with the difficult and very costly task of monitoring, regulating, and overseeing all foreign-controlled, foreign-crewed vessels in internal U.S. waters.” That would undoubtedly be complex.

US Extends Jones Act Waiver in Wake of Hurricanes Irma