This post has been updated with a comment from the Russian President Vladimir Putin. A fire that broke out on a secret Russian submarine has killed 14 sailors, according to a statement from the Ministry of Defense in Moscow.

“On July 1, 14 submariners – sailors – died in Russian territorial waters as a result of inhaling combustion products aboard a research submersible vehicle designated for studying the seafloor and the bottom of the World Ocean in the interests of the Russian Navy after a fire broke out during bathymetric measurements,” read a translation of the statement from the state-controlled TASS news service.

The fire was extinguished “thanks to the self-sacrificing actions of the team,” the ministry said. The incident is believed to have occurred off Russia’s northern shore in the Barents Sea on Monday, but the MoD has not specified. 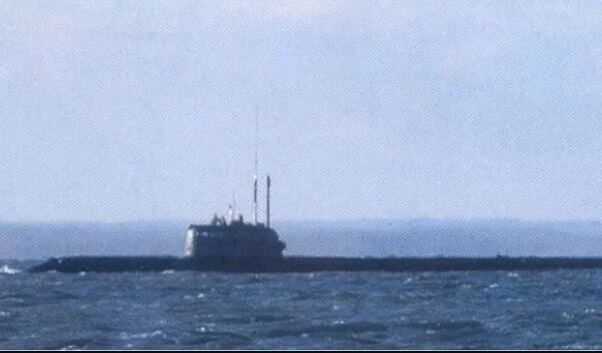 The submarine was towed to the Russian North Fleet headquarters in Severomork and an investigation is underway, according to the news agency.

According to a report in the state-controlled Sputnik news service, Russian President Vladimir Putin said seven captains of the first rank and two Heroes of Russia have died in the incident. Putin stated.

“This is a great loss”, Putin said.

A U.S. 6th Fleet spokesperson told USNI News he was unaware of any requests for assistance from the Russian government.

The boat was identified by Russian-language news service RBC as Losharik (AS-12), a nuclear-powered submarine that is widely believed to be a key asset for the Russian Main Directorate of Deep-Sea Research, also known as GUGI.

GUGI develops and operates a fleet of specialized submarines that Russia uses for deep sea and Moscow’s most covert operations. The organization reports directly to Russian military intelligence — the GRU — rather than the Russian Navy.

Losharik is among the most mysterious of the closely guarded fleet. Fielded in the late 1990s, specifics for the nuclear-powered boat are few. It’s estimated to carry a crew of about 25 and can dive to thousands of feet below the surface, according to the Military Russia blog.

The about 2000-ton boat can travel slung under the belly of a specially modified Delta III nuclear ballistic missile submarine, according to open source intelligence analysts. The purpose and capabilities of Losharik are shrouded in mystery. 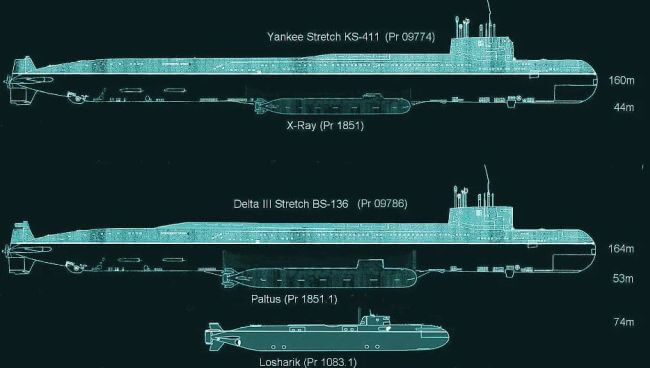 According to analyst H I Sutton, Losharik is one of a “range of special missions boats based at the Russian Navy’s Northern Fleet’s Olenya Guba base. This base is one of several set up by the Soviets during the Cold War on the inhospitable but strategically important Kola Peninsular, far away from civilization.”

The accident comes during the summer operational period for the GUGI boats — workups ahead of a North Atlantic deployments, USNI News understands.

The deep-sea missions the sub is sent on leads Western military analysts to believe the interior of the sub is actually made up of a series of possibly seven orb-shaped spaces, according to Sutton’s Covert Shores.

The sub’s name is derived from a popular Russian cartoon horse that’s made out of juggling balls. The use of orb-shaped compartments, while diminishing the amount of space for living quarters, operating equipment and the propulsion unit, makes the sub stronger and able to dive deeper than a traditional submarine hull.

As for what Losharik does, it’s suspected the Russian government has used the sub’s deep-sea diving capability to extened Russia’s territorial claims to the sea floor under the Arctic Ocean. In 2012, Losharik was part of a large Russian naval exercise in the Arctic, collecting samples to prove the Lomonsov and Mendeleyev Ridges on the sea floor are part of the Russian continental shelf, according to Unconstrained Foreign Direct Investment: An Emerging Challenge to Arctic Security, a 2017 report by CNA.

With technological advances and retreating ice packs in the region, Arctic nations are increasingly researching ways to access and extract what scientists believe is an abundance of mineral wealth on the Arctic floor.

A combination of the sub’s design and ability to dive deep below the ocean’s surface appear to also have inspired China to build a similar submarine, according to a November post on Pakistan Defense. For several years, China has sent research vessels to the Arctic as part of its push to claim its status as a “near Arctic-state.”

Only Canada, Denmark, Finland, Iceland, Norway, Sweden, Russia and the U.S. – the world’s eight Arctic nations – are members of the Arctic Council which establishes standards for protecting the environment and sustainable development the region. The council’s mandate excludes military security, according to the U.S. Department of State.

The incident aboard the submarine is the worst Russian submarine accident since the 2008 death of 20 Russian sailors aboard the nuclear powered Nerpa. In 2000, the Russian Navy lost 118 sailors due to an accident on the nuclear-powered cruise-missile boat Kursk.