The Australian Maritime Safety Authority (AMSA) has released APL England to allow the ship to sail from Australia to undertake repairs in China.

The ship will leave the Port of Brisbane this evening without cargo and with a new Master. AMSA inspectors attended APL England and were satisfied that the ship was fit to sail to China to undertake repairs. The ship’s previous Master who is facing multiple charges relating to the incident, will leave the ship and be repatriated home.

Prior to allowing the ship to sail, AMSA received a formal written undertaking from the ship’s insurer, Steamship Mutual, that it will pay fines and other amounts that are agreed or imposed by a court in relation to AMSA’s costs in responding to the incident. This commitment is for an amount up to $22.5 million. 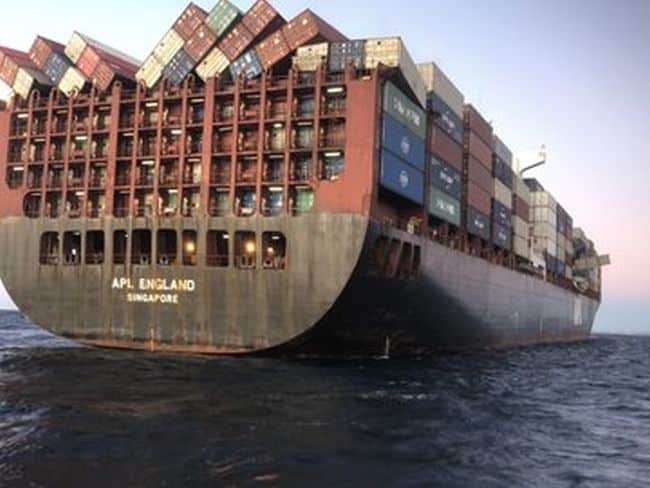 AMSA welcomes advice from the owners and insurer that they are in the early stages of tendering for a sonar search of about 1000km2 of water from the Illawarra to Sydney’s southern suburbs where it is believed multiple containers may have sunk, as per the Direction issued by AMSA.

“While it is unfortunate that this incident occurred in the first place, the early response by the owners and their insurers has been welcomed,” Mr Kinley said.

“The response to incidents like these don’t happen overnight, but this early commitment shows that the vessel’s owners and insurers intend to do what they can to ensure our seas remain safe and clean.”

Photos: AMSA Lays Charges Against The Master Of APL England