Star International, a worldwide supplier to the offshore and marine industries, has launched a new Unmanned Surface Vessel (USV) that has been designed for use by shipping operators to identify piracy threats.

The Narwhal Star USV is a highly effective, ocean-going Rigid Inflatable Boat (RIB) that improves safety for passengers and crew, whilst safeguarding vessels, cargo and other valuable assets on-board ship.

The USV is a highly versatile surveillance platform that can be piloted via a remote Ground Control System (GCS), or used as a conventional, manually piloted vessel. The USV has been designed for rapid deployment from a parent vessel and can be launched using a standard davit or cargo crane. 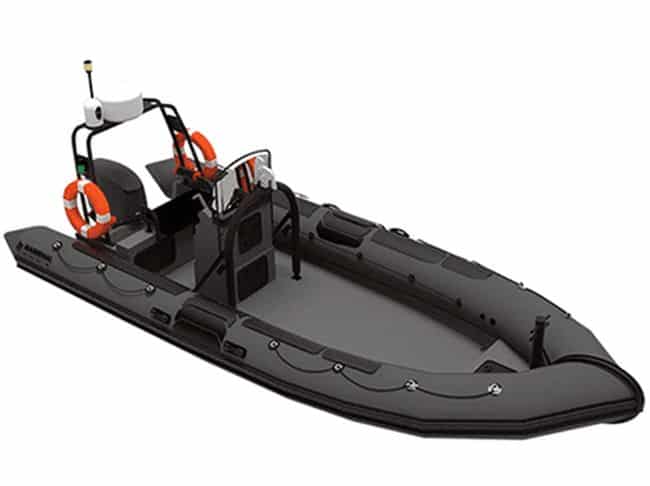 “We are very excited to announce the launch of the Narwhal Star USV. The vessel meets a growing demand for ocean-going unmanned surveillance solutions that can identify piracy threats without endangering the crew.

“Our USV solution uses technologies that have been proven in military settings and offers a highly reliable, effective option for shipping operators who are looking for a cost-efficient alternative to fully autonomous or AI-driven drone vessels.”

The technology behind the USV is the product of a long-term research and development project between RIB manufacturer Narwhal and UTEK, a specialist in unmanned control systems. Star International has then brought its knowledge of shipping to bear in the development of the Narwhal Star USV, a high-performance vessel that includes a payload specifically developed for surveillance and reconnaissance purposes.

Capabilities include an operational range of up to 300 nautical miles, a top speed in excess of 50 knots and marine-grade day and night vision cameras with a range of up to 35km. Defensive capabilities on-board also include flare and smoke cannons, laser dazzlers and decoy buoys, meaning the USV is well equipped to evade any hostile vessels it may encounter.

Despite a global drop in piracy over recent years, the past 12 months has seen a resurgence in attacks on commercial shipping. In the first three months of 2020 alone, the IMB Piracy Reporting Centre recorded a 24% rise in piracy attacks worldwide.

Western and Eastern coasts of Africa, coastlines around the Indian Ocean, Malaysia and the Philippines are particularly affected, with recent incidents also occurring in the Caribbean and on the Pacific coast of South America.