European shipowners and seafaring unions have warmly welcomed plans to incorporate the latest provisions of the Maritime Labour Convention (MLC) into EU law.

The European Commission is adopting the updated social partners’ agreement between the European Community Shipowners’ Associations (ECSA) and the European Transport Workers’ Federation (ETF) and transposing it into EU law. 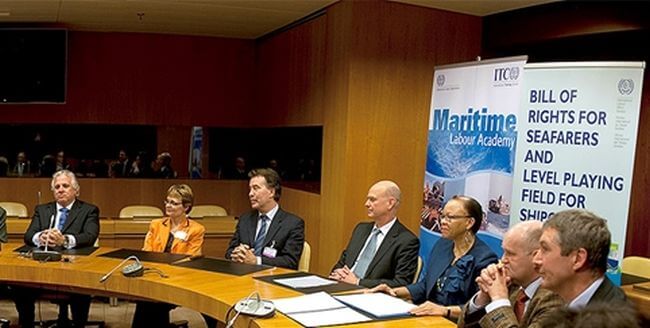 The amendments — which entered into force on 18 January 2017 — require shipowners to provide financial security to ensure the repatriation of seafarers, as well as the payment of contractual claims from crew members or their dependants in respect of death in service or long-term disability.

Nautilus general secretary and ETF spokesperson Mark Dickinson said: ‘It is important that ECSA and ETF are able to keep their European agreement on the MLC up to date as we must not forget this convention is a living instrument for the continued improvement of seafarers’ living and working conditions.

‘We are therefore very pleased that the Commission has supported us in our aims by adopting our proposals for amending the agreement on the MLC to incorporate the amendments made by the ILO in 2014. We hope that they will be similarly adopted by the Council with the minimum delay.’

This is the third time that the maritime social partners have agreed to make legally-binding European agreements. The first was the agreement on working time for seafarers and the second the agreement on the MLC.

‘We are proud of what we have achieved through the maritime social dialogue. Our constructive relations and cooperation have resulted in numerous joint projects and campaigns to assist shipowners and seafarers in Europe. We have also agreed an ambitious work programme for the next biennium,’ said ECSA spokesperson Tim Springett.

Employment commissioner Marianne Thyssen said the proposals will strengthen seafarers’ protection and underpin fair competition in the maritime sector. ‘Improved working conditions will also make the shipping sector more attractive for young Europeans,’ she added. ‘This proposal is an excellent example of how social partners support the Commission in keeping EU law fit for purpose.’