On World Maritime Day, the United Nations Secretary-General renewed his call on Governments to designate seafarers as “key workers” as 800,000 seafarers are either left stranded on vessels or prevented from returning to ships due to COVID-19 restrictions on travel and transit.

“I remain very concerned about the growing humanitarian and safety crisis facing hundreds of thousands of these indispensable workers. Despite the unprecedented conditions brought about by the pandemic, seafarers have continued to tirelessly support the often invisible global logistics chain. Physically and mentally exhausted, away from their families and loved ones, their time at sea has now been extended far beyond the standards stipulated in international conventions, with some tours of duty now stretching more than 17 months. Fatigued seafarers cannot operate indefinitely, and disruptions to international shipping would have devastating consequences,” said Secretary-General Antonio Guterres in a statement on World Maritime Day.

UN agencies have convened a meeting during the UN General Assembly Week to call for urgent action to address the humanitarian, economic and safety crisis in the world’s shipping industry. 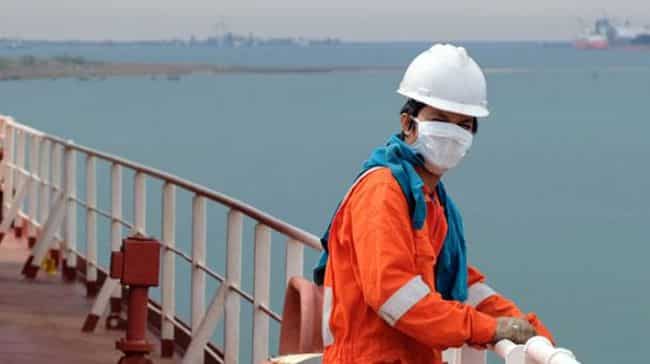 Executives from Unilever and Maersk and transport ministers from Europe, North America, Africa and ASEAN countries will part, expressing strong concern about breaches of the Maritime Labour Convention, which could have implications for global supply chains, with more than 80% of goods transported by sea, including food, fuel, and medical supplies.

In a letter issued to the UN Secretary General, the CEOs of 30 Consumer Goods Forum companies, including Unilever and Danone, have called on governments to designate seafarers as “key workers” to grant exemptions from government-imposed travel restrictions and quarantine measures, currently preventing seafarers getting to and from ships. The Forum also raised strong human rights concerns, stating: “the situation has also inadvertently created a modern form of forced labour”.

Unilever’s Chief Supply Chain Officer, Marc Engel will tell the virtual meeting. “Seafarers are essential workers that keep global supply chains functioning. Without them, there are no masks, no covid tests, no hand sanitisers, or other essential goods. There is no food, there is no medicine. These supply chains are on the verge of serious disruption.” Engel will call on governments to: “step in and organise the facilitation of crew changes, and work together with the shipping industry on a way through this standstill that recognises seafarers’ rights and averts the risk of widespread disruption to the global economy”

Sanda Ojiambo, CEO and Executive Director of the UN Global Compact, the world’s largest corporate sustainability initiative, will encourage responsible businesses to call on governments to end the labour abuses that seafarers are suffering. “The supply chains transported by seafarers underpin the operations of the great majority of companies that have signed onto the Ten Principles of the UN Global Compact”, she will say. “These pillars of responsible business are connected to the humanitarian, economic and safety crisis unfolding on our seas.”

The impact of the pandemic on seafarers will be highlighted by Captain Hedi Marzougi, who was in command of a vessel between December 2019 and May 2020. “Not knowing when, or if, we would be returning home to our loved ones took a severe mental toll on my crew. There is also a physical toll. Any lack of concentration, any mistake can have catastrophic consequences,” he said.

Both Guy Platten, Secretary-General of the International Chamber of Shipping and Stephen Cotton, General Secretary of the International Transport Workers’ Federation acknowledge the leadership of Unilever and others for taking responsibility for the health and wellbeing of seafarers in their supply chains and calling on governments to wake up to this escalating crisis. Cotton said: “The situation is bordering on or amounts to forced labour, and all companies, from the bottom to the top of global supply chains, have a responsibility to use their leverage to demand urgent government intervention to end this crisis.”

ILO Director General Guy Ryder called on governments to implement urgent and pragmatic solutions that fully respect seafarers’ rights. “Seafarers are exhausted and simply cannot continue working on board indefinitely. I hope we do not need to wait for a major disruption of supply chains or an environmental disaster to stir action to effectively tackle this crisis.”

Some flag states are now taking action. From 1 October, the Australian Maritime Safety Authority will not accept extensions of service without taking leave beyond 14 months.

Transport officials are increasingly frustrated by the lack of a holistic approach, with transport ministers from Kenya, Canada and the Philippines also due to address the meeting. Sturla Henriksen, Special Advisor, Ocean at the UN Global Compact explains: “As the crisis spans over labour, immigration, health, and trade, it really requires a cross-governmental effort”.

As further explained by International Maritime Organization Secretary-General Kitack Lim, “Action is needed – now. We all depend on seafarers. They should not be the collateral victims in this pandemic. Seafarers deliver for us – and now we need to deliver for them. He underlines that “governments must act in a coordinated manner to recognize seafarers as key workers, exempting them from travel restrictions, and implement the recommended framework of protocols for safe crew changes”