Nations meeting at the United Nations International Maritime Organization (IMO) in London have adopted an initial strategy on the reduction of greenhouse gas emissions from ships, setting out a vision to reduce GHG emissions from international shipping and phase them out, as soon as possible in this century.

The vision confirms IMO’s commitment to reducing GHG emissions from international shipping and, as a matter of urgency, to phasing them out as soon as possible.

More specifically, under the identified “levels of ambition”, the initial strategy envisages for the first time a reduction in total GHG emissions from international shipping which, it says, should peak as soon as possible and to reduce the total annual GHG emissions by at least 50% by 2050 compared to 2008, while, at the same time, pursuing efforts towards phasing them out entirely. 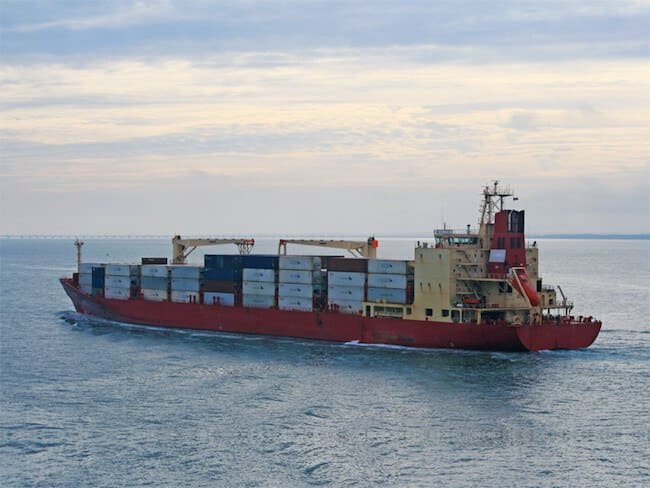 The strategy includes a specific reference to “a pathway of CO2 emissions reduction consistent with the Paris Agreement temperature goals”.

The initial strategy was adopted by IMO’s Marine Environment Protection Committee (MEPC), during its 72nd session at IMO Headquarters in London, United Kingdom. The meeting was attended by more than 100 IMO Member States.

The initial strategy represents a framework for Member States, setting out the future vision for international shipping, the levels of ambition to reduce GHG emissions and guiding principles; and includes candidate short-, mid- and long-term further measures with possible timelines and their impacts on States. The strategy also identifies barriers and supportive measures including capacity building, technical cooperation and research and development (R&D).

IMO Secretary-General Kitack Lim said the adoption of the strategy was another successful illustration of the renowned IMO spirit of cooperation and would allow future IMO work on climate change to be rooted in a solid basis.

He told delegates, “I encourage you to continue your work through the newly adopted Initial GHG Strategy which is designed as a platform for future actions. I am confident in relying on your ability to relentlessly continue your efforts and develop further actions that will soon contribute to reducing GHG emissions from ships.”

According to the “Roadmap” approved by IMO Member States in 2016, the initial strategy is due to be revised by 2023.

Continuing the momentum of work on this issue, the Committee agreed to hold the fourth Intersessional meeting of the Working Group on Reduction of GHG emissions from ships later in the year. This working group will be tasked with developing a programme of follow-up actions to the Initial Strategy; further considering how to progress reduction of GHG emissions from ships in order to advise the committee; and reporting to the next session of the MEPC (MEPC 73), which meets 22-26 October 2018.

IMO has already adopted global mandatory measures to address the reduction in GHG emissions from ships. IMO is also executing global technical cooperation projects to support the capacity of States, particularly developing States to implement and support energy efficiency in the shipping sector.

Initial IMO strategy on the reduction of GHG emissions from ships
The initial strategy includes the following:

IMO remains committed to reducing GHG emissions from international shipping and, as a matter of urgency, aims to phase them out as soon as possible in this century.

.1 carbon intensity of the ship to decline through implementation of further phases of the energy efficiency design index (EEDI) for new ships

to review with the aim to strengthen the energy efficiency design requirements for ships with the percentage improvement for each phase to be determined for each ship type, as appropriate;

.3 GHG emissions from international shipping to peak and decline

to peak GHG emissions from international shipping as soon as possible and to reduce the total annual GHG emissions by at least 50% by 2050 compared to 2008 whilst pursuing efforts towards phasing them out as called for in the Vision as a point on a pathway of CO2 emissions reduction consistent with the Paris Agreement temperature goals.

****
Note: The Paris Agreement on climate change was agreed in 2015 by Parties to the United Nations Framework Convention on Climate Change (UNFCCC) and entered into force in 2016. The Paris Agreement central aim is to strengthen the global response to the threat of climate change by keeping a global temperature rise this century well below 2 degrees Celsius above pre-industrial levels and to pursue efforts to limit the temperature increase even further to 1.5 degrees Celsius. The Paris Agreement does not include international shipping, but IMO, as the regulatory body for the industry, is committed to reducing greenhouse gas emissions from international shipping.

In 2011, IMO became the first international body to adopt mandatory energy-efficiency measures for an entire industry sector with a suite of technical and operational requirements for new and existing vessels that entered into force in 2013. By 2025 new ships built will be 30% more energy efficient than those built in 2014.

The mandatory data collection system for fuel oil consumption of ships, which entered into force in March 2018, will provide robust data and information on which future decisions on additional measures, over and above those already adopted, can be made.

The mandatory data collection system is intended to be the first in a three-step approach in which analysis of the data collected will provide the basis for an objective, transparent and inclusive policy debate in the MEPC, under a roadmap (through to 2023) for developing a “Comprehensive IMO strategy on reduction of GHG emissions from ships”. The roadmap was agreed in 2016.

Support for implementation of IMO’s energy-efficiency measures is provided, in particular, through two major global projects executed by IMO:

• The Global Maritime Energy Efficiency Partnerships Project (GloMEEP Project) is aimed at supporting the uptake and implementation of energy efficiency measures for shipping, thereby reducing greenhouse gas emissions from shipping. The GloMEEP project was launched in 2015 in collaboration with the Global Environment Facility and the United Nations Development Programme. A “Global Industry Alliance to Support Low Carbon Shipping” (or GIA), launched in 2017 under the auspices of the GloMEEP Project, is identifying and developing solutions that can support overcoming barriers to the uptake of energy efficiency technologies and operational measures in the shipping sector. Website: http://glomeep.imo.org/

• The global maritime technology network (GMN) project, funded by the European Union, has established a network of five Maritime Technology Cooperation Centres (MTCCs) in Africa, Asia, the Caribbean, Latin America and the Pacific. Through collaboration and outreach activities at regional level, the MTCCs will focus their efforts during 2018 and beyond to help countries develop national maritime energy-efficiency policies and measures, promote the uptake of low-carbon technologies and operations in maritime transport and establish voluntary pilot data-collection and reporting systems. Website: http://gmn.imo.org/

US Navy’s First Decommissioning Of A Nuclear-Powered Aircraft Carrier

HMM To Acquire Four Terminals From Bankrupted Hanjin
Want to share your tips and advice? Got questions? Visit the community forum to ask questions, get answers, meet people, and share your tips!