“70 per cent of Earth’s surface is covered by oceans. 80 per cent of the ocean is deeper than 3,000 metres. Norway alone administers an ocean area whose surface is six times greater than the mainland,” says Tore Ulstein, deputy CEO of Ulstein Group.

The vast areas of the unexplored has inspired ULSTEIN to come up with new concepts and developments. 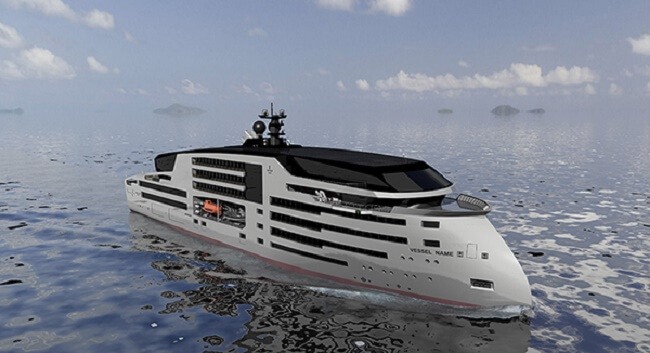 “Based on our nearly 100 years’ of maritime experience, with experience gained in particular from offshore vessels in recent decades, Ulstein Group wishes to expand into new segments where we have not yet made our mark, such as exploring, cruising and patrolling,“ states Ulstein. 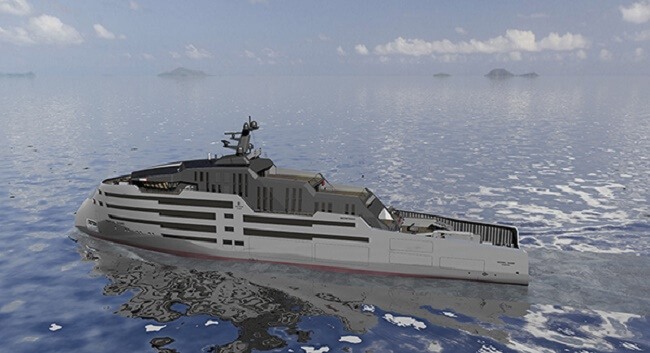 “There is a growing desire to explore and cruise the seas. Securing and patrolling the coastline is also becoming more important. Exploring, cruising and patrolling are three different segments which can all be developed on the basis of our offshore experience. They all belong to the same design family and can share cross-conceptual graphical elements such as vertical windows on parts of the bridge, accumulation and storage of renewable energy, and alternative materials.”

The efficient hull with its slender lines, the propulsion set-up, low friction bottom paint and reduced weight from alternative hull material all contribute to reducing fuel oil consumption. The X-BOW® has a major impact on seakeeping and comfort. X-BOW vessels are capable of either maintaining speed in harsh sea, or reducing their impact on the environment by reducing speed and, consequently, saving significant amounts of fuel.

A patrol vessel has to be tough to tackle harsh weather, and it needs a lot of power in order to maintain speed. Cruise and explorer vessels, on the other hand, need more than speed and robustness: 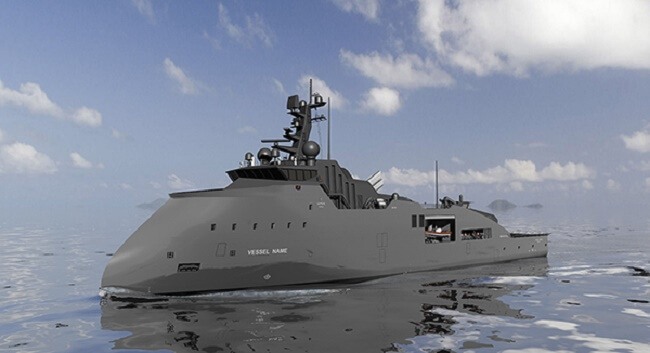 “We’re considering alternative hull materials, such as composites, and the use of alternative energy sources such as solar panels. Energy conservation is of major importance, and battery banks save the energy gained from renewable energy for portioning out to the user as needed.“

“The norm for all our designs is a holistic profile in which the eco footprint is key. These categories of ships have slender and cost-efficient hulls that create little resistance in the sea. At the same time, they are robust and offshore-tough“, concludes Tore Ulstein.