Flood defences at Associated British Ports’ (ABP) Port of Immingham are due to receive an investment boost of around £5 million which will increase the port’s resilience to flooding in the future. Immingham, which is the UK’s largest port by tonnage, was extensively flooded during the east coast tidal surge of December 2013, which caused widespread disruption to port users, tenants and key businesses.

Although the efforts of ABP’s engineers and the wider port community ensured that the recovery process was quick and straightforward, the incident nevertheless served as a timely reminder of the power of nature and its potentially destructive capabilities. 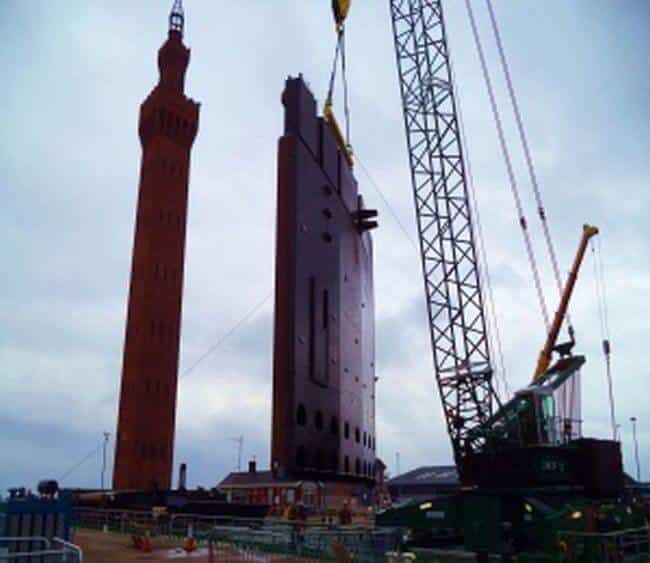 Since the surge, ABP have been working closely with North East Lincolnshire Council (NELC), the Lead Local Flood Authority and the Environment Agency (EA) on a permanent long term solution to reduce the risk of tidal flooding. Whilst the port’s responsiveness to tidal surges and the individual resilience of specific key pieces of infrastructure has been improved in recent years, it became apparent that the only certain way of improving resilience to tidal flooding was to raise and improve flood defence infrastructure along the coastal frontage of the port.

Preventing tidal floodwaters from entering the lock at the port proved to be one of the most challenging issues to resolve as under normal circumstances, it is required to guide water in to the enclosed dock area. In order to resolve the issue, it was decided that the port would need a set of higher outer lock gates which were capable of being braced in position against a tidal surge.

Since the surge, there has been an interest of a number of key partners in central and local government, with ministers at several government departments expressing concern at the potential risk that the UK’s largest port could be facing in the future. It was noted that the volume and nature of the cargoes that transit the quays in Immingham would be difficult to transfer to other ports, partly because of the sheer scale of ABP’s infrastructure, but also because of the unrivalled logistical connectivity.

NELC, ABP and EA worked closely together on the business case and application for Flood and Coastal Flood Risk Management Grant in Aid from Defra. The EA are able to distribute financial aid to flood defence schemes that have a vital role in protecting communities, vital industries and infrastructure.

ABP’s Port Manager for Grimsby and Immingham, Mark Frith said: “We are absolutely delighted that we have been able to successfully apply for this funding towards the new lock gates at the port. Ensuring the port’s resilience to tidal flooding will provide a real springboard for future investment at the port, as we seek to grow our business and invest in new infrastructure in to the future.”

NELC’s Project Manager, Teresa James said: “The port is a vital local employer and effectively underpins the local economy. NELC are pleased to have worked so closely with ABP to achieve this brilliant result.”

With a generous contribution from the EA, the new lock gates with flood resilience capability are currently under construction and are due to be installed in summer 2017.

The Environment Agency’s Senior Coastal Advisor, Mark Adams added: “The EA is committed to improving flood resilience and preparedness across the nation, and this great result at Immingham serves to demonstrate that it is not just houses that need protection but that nationally significant infrastructure and industry have the same needs as well. We are delighted with the approved funding and look forward to continuing to work with ABP in to the future.”

As part of this funded package of works, the project team will continue to work together to develop further flood reduction processes that will ensure further resilience over the next few years.

India: PM To Inaugurate Nation’s Second Multi-Modal Terminal On Ganges
Want to share your tips and advice? Got questions? Visit the community forum to ask questions, get answers, meet people, and share your tips!