You are here: Home › Shipping News › UK P&I Club – How Can Biofouling Be Reduced?
TwitterFacebookLinkedInPinterestBuffer

Madlene Wangrau of UK P&I Club, discusses the issue of biofouling and how shipowners and crew can benefit by reducing its risk: “The introduction of invasive aquatic species (IAS) associated with global shipping has been identified as a significant threat to the world’s oceans and coastal ecosystems. Research suggests that 70-80% of IAS introductions occur through biofouling, and new areas are constantly being invaded. 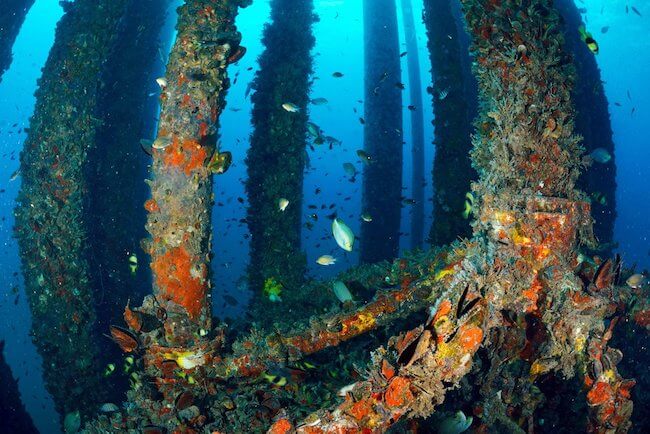 “Biofouling is undesirable accumulation of various aquatic organisms (microorganisms, plants, algae and animals) on submerged structures like ships’ hulls. This process can lead to the introduction of invasive aquatic species (IAS) into new environments.

“Marine species establish a reproductive population in the host environment, becoming invasive, out-competing native species and multiplying into pest proportion. In some parts of the world, evidence suggests that 70-80% of IAS introductions have occurred through biofouling. The problem of IAS has intensified over the last few decades due to increasing volume of traffic on our seas and represents a major threat to the world’s oceans and to the conservation of biodiversity.

How can Biofouling be reduced?

1. Biofouling management measures should be undertaken specific to each ship and be included in the ship’s operational documentation

2. A biofouling record book can be implemented, recording details of all inspections and biofouling management measures undertaken on the ship. It is recommended that it be retained on the ship for the life of the ship

3. An anti-fouling system should be used along with other innovative measures

4. Biofouling resistant materials should be used for piping and other unpainted components

7. Training for ships’ masters and crews needs to be provided on in-water cleaning systems. Maintenance facility operators and those surveying or inspecting ships as appropriate should include instructions on the application of biofouling management and treatment procedures

“By taking these measures to prevent biofouling, the shipping industry can help preserve delicate marine eco-systems and benefit from improvements in the ship’s hydrodynamic performance. Reducing hull fouling decreases a ship’s resistance which in turn lowers fuel costs and emissions of air pollutants, making voyages more energy efficient, cost effective and less harmful to the environment.”