You are here: Home › Shipping News › UK MoD: 2017 Is The Year Of The Royal Navy
TwitterFacebookLinkedInPinterestBuffer

2017 is set to be the year of the Royal Navy as it prepares to welcome new ships to the fleet, following one of their busiest years since the end of the Cold War.

Defence Secretary Sir Michael Fallon has paid tribute to thousands of personnel involved in the wide range of key tasks that the Navy has been engaged with in 2016. This includes responding to Russian activity in the North Sea, English Channel and North Atlantic, supporting EU and NATO-led operations in the Mediterranean and Aegean, helping safeguard our overseas territories, and taking the fight to Daesh by leading a US Navy task force in the Gulf. 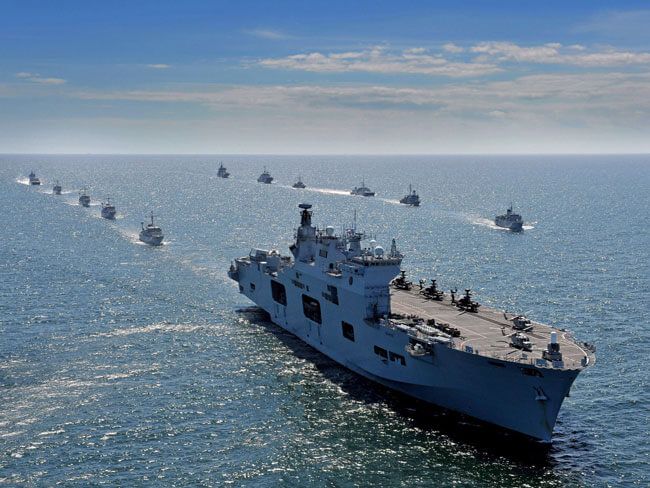 We are investing billions in growing the Royal Navy for the first time in a generation with new aircraft carriers, submarines, frigates, patrol vessels and aircraft all on their way. 2017 is the start of a new era of maritime power, projecting Britain’s influence globally and delivering security at home.

At the peak of activity in 2016, Naval service personnel were involved in 22 operations at home and abroad, serving on nearly 30 ships, submarines, support vessels and Fleet Air Arm squadrons – 8,325 sailors and Royal Marines in all. This pace of operations will continue throughout the festive period and well into 2017 – during the first quarter of next year, one third of the Royal Navy’s front-line strength will be on global operations.

As well as these missions, led by the maiden voyage of Britain’s biggest ever warship, the aircraft carrier HMS Queen Elizabeth, a raft of new ships will either commence build, be launched or be delivered to the fleet as part plans to expand the size and strength of the Royal Navy to meet its growing commitments around the world.

Key milestones in 2017 include:

On the operational front: