The masters of two vessels that collided in the Humber during thick fog in May last year have been fined £3,000 each, plus costs.

David Carlin, the master of the World War II motor launch Peggotty and Thomas Neilsen, master of the Danish flagged Petunia Seaway were both prosecuted under section 58 of the Merchant Shipping Act 1995, as a result of an investigation by the Maritime & Coastguard Agency. 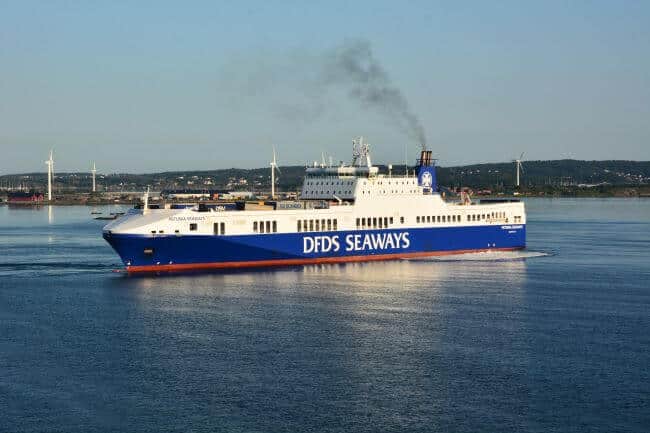 Both pleaded guilty to conduct endangering ships under the Act when they appeared at Hull Magistrates Court today (3rd February).

At around 4.30am on 19th May 2016 Peggotty, a 50 foot vessel, had left Grimsby Docks making its way to Hull. Although this was a private voyage, Mr Carlin as a professional master mariner and Humber pilot was very experienced.

However, despite the thick fog he failed to comply with a number of regulations to keep his and other vessels safe. These included failing to make his vessel’s radar operational, failing to make sound signals and failing to ensure all the navigation lights were working. He had also not taken the conditions into account or prepared an effective passage plan for the journey and was relying on an untested mobile phone app.

At the same time, the Petunia Seaway, a vehicle transport vessel, 200 metres long and 34,000 gross tonnage was making its way down the Humber towards Grimsby. Its master Thomas Neilsen, from Denmark, was on the bridge and in charge. He allowed the vessel to proceed at 14 knots in zero visibility, without making sound signals. Mr Neilsen also failed to properly monitor and assess the ship’s radar to appreciate they were bearing down on the Peggotty.

Mr Carlin on his part had not realised the Peggotty was in the main shipping channel and was effectively blind to the collision course his vessel was on with the Petunia Seaway. Just before 4.50am the two vessels collided almost head on. The Peggotty was able to pass down the port side of the much larger Petunia Seaways, scraping down the side as it went. However the impact was enough to damage the hull of the Peggotty and it began to take on water. Mr Carlin was able to broadcast a Mayday call and the two on board were picked up by a nearby pilot boat before the Peggotty sank and was lost.

Today they were sentenced at Hull Magistrates Court. The district judge said that Mr Carlin for his part had a catalogue of failures, while Mr Neilsen’s actions were insufficient.

Gwen Lancaster, surveyor in charge at the Maritime & Coastguard Agency’s Hull Marine Office said: ‘I am both surprised and disappointed that this collision, which could easily have resulted in far worse consequences for those onboard the Peggotty, occurred in the first place.

‘Both vessels were under the command of experienced professional captains who should have known better. This whole incident reflects complacency on their part in addition to a blatant disregard for the rules designed to prevent collisions occurring at sea.

‘The Maritime & Coastguard Agency will prosecute those who endanger themselves and others in this way and our message is clear – there is no room for complacency where safety is concerned.

‘Masters of vessels must ensure they are properly prepared for the prevailing conditions and proceed in a safe manner whilst using all means of safe navigation at their disposal, to best effect.’