In the early hours of the morning on 22 August 2016, the 399m long ultra-large container vessel CMA CGM Vasco de Gama grounded on the western side of the Thorn Channel whilst approaching the Port of Southampton. The vessel was the largest UK-flagged vessel at the time and had two of the port’s specialist container ship pilots onboard.

The ship ran aground on a rising tide and on a flat shingle/sand sea-bed. A combination of tugs and ship’s engines enabled it to be re-floated soon after grounding. MAIB has embarked on a study into the human factors associated with the use of modern electronic navigation aids and the implementation of mandated navigation standards. 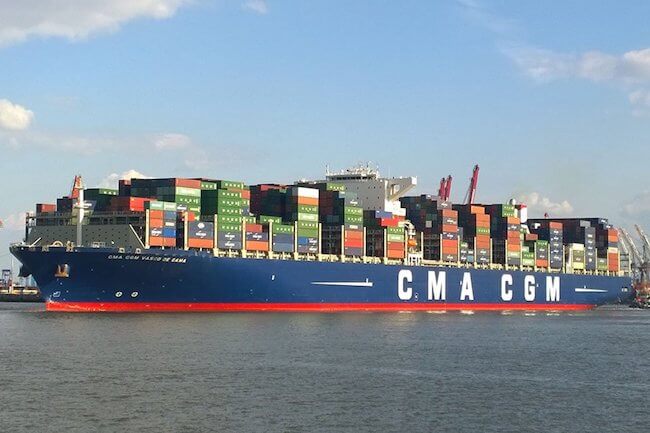 ABP Southampton have been recommended (2017/144, 2017/145 and 2017/146) to improve their bridge resource management for its pilots; to consider the provision of provisional pilotage plans to vessels prior to pilot embarkation; to review its implementation of procedures and to improve standards of communication.

CMA Ships have been recommended (2017/141, 2017/142 and 2017/143) to review the implementation of company procedures for passage planning and use of ECDIS and to include pilotage and bridge team/pilot integration in its internal audit process.