You are here: Home › Shipping News › UK Chamber Of Shipping: EU Is Ignoring The Risk Of Brexit To European Ports
TwitterFacebookLinkedInPinterestBuffer

The EU is ignoring the risk of Brexit to European ports, the UK Chamber of Shipping has said:

In a video released today, the Chamber warns that the return of border controls would lead to increased bureaucracy, “guaranteed” lorry gridlock and threats to the prosperity of both EU member states and the UK. It also says that the dangers to major EU ports has been understated. 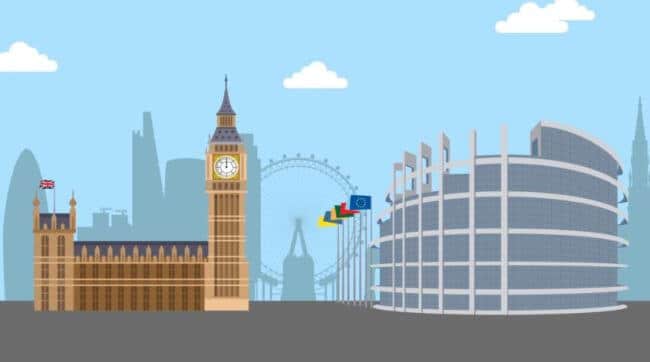 “The EU sells £240bn of goods to the UK each year, most of which travels through ports. So the negative impact of a so-called hard Brexit on ports such as Dover will be felt just as severely if not more so by European ports. I don’t think the EU has fully grasped this yet.”

Mr Platten urged Brexit negotiators to “put ideology aside” and retain frictionless trade between the United Kingdom and the European Union.

“Much of the attention on the impact of leaving the customs union has been on UK ports such as Dover,” he said.

“Major EU ports such as Calais, Zeebrugge and Dublin would find themselves equally as vulnerable.”

The Chamber said that Brexit negotiators on both sides must agree that the reintroduction of border controls would be a bad thing, and said Theresa May and Michel Barnier must “put ideology aside and be pragmatic”.

It added that by protecting trade, both the economies of the EU and the UK would be safeguarded.

Mr Platten said: “The UK Government understands the importance of sorting this out around the negotiating table, but we are yet to see evidence that the EU negotiators fully understand their own vulnerability.”