The United Arab Shipping Company (UASC) based in the Middle East is a pioneer in the field of sustainability within the shipping sector. Among other things, UASC has launched the first LNG-ready ultra large container carriers (ULCCs) in the world. UASC’s initiatives and the port of Rotterdam’s ambitions for sustainability therefore complement each other perfectly.

New UASC vessels are making particularly great progress in the field of sustainability thanks to the use of liquefied natural gas (LNG). LNG-powered vessels have lower emissions of CO2 and fine particles, with the added advantage that LNG-driven engines are quieter and require less maintenance. The use of LNG has been greatly encouraged in the port of Rotterdam in recent years. 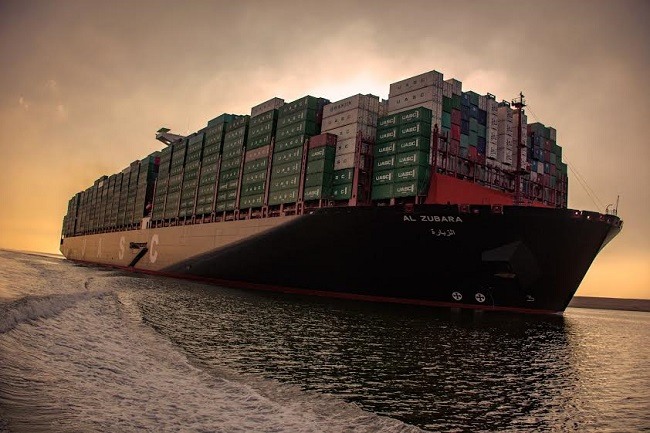 The port has since become a European front-runner in facilitating the use of LNG, for instance via the Gate terminal and preparing laws and legislation on bunkering LNG. According to Marc van Haaren, Commercial Manager at UASC, that has certainly been a determining factor in the shipping company’s decision to opt for fixed routes to and from the port city. “Besides our ULCCs having unobstructed access to the ultra-modern terminals at the Maasvlakte 2, LNG is important to us. Rotterdam is a front-runner in that area. They are good at what they do. That said, it is important that the Port Authority continues to lobby for other international ports to follow suit in using LNG”.

By continuously improving the design, the UASC ships have become more efficient in their energy consumption. Special coatings on the outside of the vessel cause less frictional resistance and by optimising the shape of the new vessels, the engines require less power to achieve the same speeds as in the past. Added to this, a special system captures the waste heat released by the engines, which in turn drives the ship’s electric generator. The developments are changing rapidly; the largest UASC ships, which have a loading capacity of 18,800 TEUs, emit up to 60% less CO2 compared with ships that were delivered three years ago.

These sustainable initiatives are not only important to the company itself, but also to UASC’s customers. “Many customers ask us what we are doing to work in a more sustainable manner”, says Van Haaren. “Well, among other things, by having cleaner engines and making our ships completely LNG ready. That not only helps to obtain a green label. They are genuinely interested in seeing and hearing about which specific sustainable measures UASC is working on”.

Many measures can be taken on the oceans and in ports to implement sustainability, but it doesn’t stop there. For example, UASC contributes to reducing deforestation by using bamboo instead of plywood for making the floors inside the containers and by adopting an environmentally conscious approach to office materials. “We have a paperless office here in Rotterdam. We all have two screens and this works just fine. This way, everyone in the company does his/her bit for the environment”.