United Arab Shipping Company (UASC) announced the recent successful conclusion of a series of transactions that resulted in the issuance by a U.S. based trust of USD 162 million of Enhanced Maritime Trust Certificates (EMTC). The EMTCs were issued in an offering pursuant to Section 4(a)(2) and Regulation S under the U.S. Securities Act, and the transaction marks UASC’s debut financing in the debt capital markets. The EMTCs received a (private) Investment Grade rating by Fitch Ratings Ltd and Kroll Bond Rating Agency and the proceeds were ultimately used to finance the debt portion of two 2012-built 13,500 TEU container vessels. 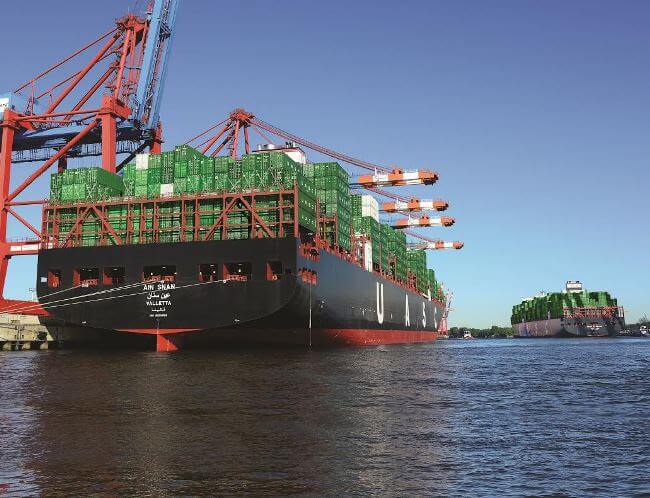 The EMTC issuance received strong interest from institutional investors in Europe and the United States, and the transaction is expected to facilitate repeat capital market issuances by UASC that will afford it access to a broader investor base in the Investment Grade markets, a critical component of UASC’s strategy to diversify its funding sources for its currently scheduled and anticipated long term capital expenditure program.

Samir Sharma, Vice President – Project Finance of UASC said, “This award winning transaction is a landmark and precedent setting financing for UASC, marking its debut in the debt capital markets, and it creates a replicable model for future financings. We are confident that the Company will continue to tap into this market in future for its financing needs as it provides access to a new pocket of liquidity for the financing of assets over a longer portion of their life cycle. Further, this transaction demonstrates UASC’s willingness to adapt to changes in the traditional ship finance market and implement innovative financing structures in response to those changes”.

Mr. Basil Al Zaid – Chief Financial Officer of UASC added, “The EMTC transaction is a very important milestone for UASC. Further, we take this opportunity to convey our appreciation to institutional investors in Europe and the United States for supporting the EMTC transaction. Also, regional banks have always supported UASC and in the case of the EMTC transaction we would like to thank Al Ahli Bank of Kuwait for the role it played in supporting UASC. We take great pride in the awards this transaction has received as a recognition of UASC’s commitment to excellence in all aspects of its business, including to seeking innovative solutions to the challenges posed by the current finance market”.