The UAE is seeking to add more value to international trade, transport and shipping through its bid to become a Category B member of the Executive Council of the International Maritime Organization (IMO). The candidacy is supported by the UAE’s leading position among international ports, being the first Arab and regional and the third in terms of quality of seaport infrastructure reflecting its pivotal role as a major player in the international maritime sector. The country is determined to continue its major contributions towards promoting the international maritime system and the development and implementation of standards for regulating shipping policy that meet the needs of the 21st century.

For his part, H.E. Dr. Abdullah Bin Mohammed Balheif Al Nuaimi, Minister of Infrastructure Development and Chairman of the Board of Directors of the Federal Authority for Land and Maritime Transport, said: “With its global competitiveness and modern human resource competencies, the UAE is able to keep pace with significant technological developments and promote excellence according to best practices and highest international standards. The country is fast becoming an influential player on the global maritime stage, hosting 20 of the world’s leading ports and operating a total of 77 ports that are considered vital by important markets such as the United States and Europe. We operate some of the world’s most important and largest ports.” 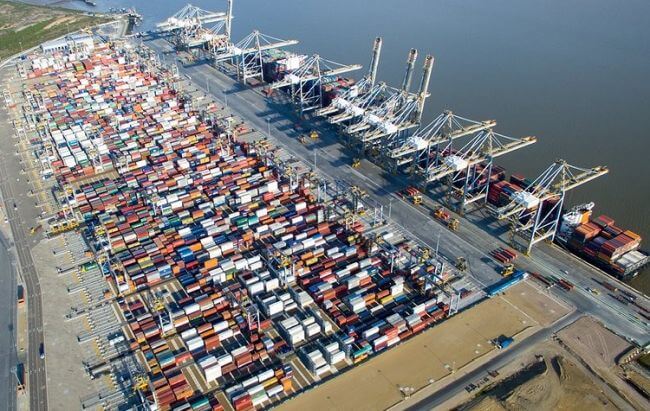 “UAE ports boast of modern equipment and exceptional shipping and unloading capabilities, enabling the country to acquire the largest share of the total volume of container and cargo handling in the region at 60 per cent. This effectively positions the country as a global maritime trading center. The UAE’s port management system has become a global model for other countries looking to develop and enhance their seaport operations,” added H.E. Dr. Al Nuaimi.

H.E. Al Nuaimi emphasized that the UAE has exerted maximum effort to develop advanced marine infrastructure inclusive of shipping services for navigation, hydrographics and meteorology in addition to search and rescue and emergency response services, port facilities, and measures for efficiently facilitating trade, cargo handling, and logistics. Huge investments in local port development and expansion projects are expected to reach AED 157 billion over the next few years, which will further reinforce the UAE’s maritime portfolio and capabilities.

H.E. Al Nuaimi pointed out that the UAE’s regional dominance, its third global standing in terms of port infrastructure quality and sixth ranking in maritime port infrastructure under the 2014-2015 Global Competitiveness Index attests to the great success of the local ports sector over the past years thanks largely to the guidance and unlimited support of the wise leadership. The sector’s achievements, he added, will help meet UAE Vision 2021’se objective of establishing an integrated and sustainable infrastructure that will make the country the first in the world in terms of the quality of airport, port and road infrastructure.

The UAE is the only Arab candidate for Category B membership, competing with 11 countries of the major leading international trade mobile countries by sea comes in the forefront of Germany, Sweden, the Netherlands, Brazil, Argentina, France and Australia.

The International Maritime Organization Executive Council is the authorized international legislative body for all maritime laws and conventions related to the safety of maritime navigation and the marine environment. The IMO is a specialized agency under the umbrella of the United Nations concerned with the maritime industry and the issuance of marine agreements aimed at upholding safety, environmental protection, and security. Members will be elected at the 30th Ordinary General Assembly meeting in November.