U.S. Senators David Vitter (R-La.) and Bill Cassidy (R-La.)introduced the Ships to Be Recycled in the States (STORIS) Act, legislation to reform the domestic marine recycling industry. Their legislation would improve the domestic ship recycling industry and promote transparency by requiring reports from Maritime Administration (MARAD) and an audit by the Government Accountability Office. Congressman Garret Graves (R-La.) is introducing the companion legislation in the U.S. House of Representatives.

“The Maritime Administration receives millions of dollars in federal funding, but they’ve never reported how the sales money is spent or how the agency awards contracts,” Vitter said. “Ship recycling is an important part of our domestic maritime industry, and these reforms would improve federal contracting, cut government waste, and help create jobs in Louisiana.”

“Louisiana directly benefits from the Maritime Administration—hundreds work in ship recycling facilities and many state museums receive maritime grants,” said Cassidy. “There have been concerns that the agency receives millions in federal funding but lacks transparency. The STORIS Act will strengthen oversight over the agency and help create more jobs for Louisiana workers.” 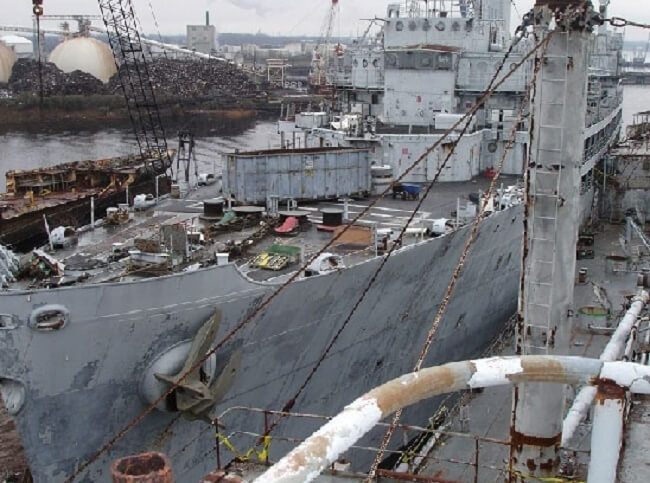 “Americans expect the federal government to operate in their best interest,” said Graves. “We have found multiple instances where the U.S. Maritime Administration has failed to maximize the return on investment on the sale of retired federal vessels by not accepting the highest bid on a number of contracts and not fulfilling its obligation to reinvest these funds in our merchant mariner workforce. This bill will prevent MARAD from leaving millions of dollars on the table in regard to ship recycling contracts and require that we have the workforce we need to increase global trade and exports from Louisiana.”

Current law requires all excess government vessels to be sold to domestic marine recyclers to be dismantled. A portion of funding from the sales goes toward the Vessel Operations Revolving Fund, federal and state maritime academies, and the maritime heritage grant program. The STORIS Act would make sure that the required funding goes to federal and state maritime academies and to heritage grants funding to the Department of Interior. It would also require MARAD to issue an annual report on how its money is spent and publicize its ship recycling agreements.

Additionally, the STORIS Act creates jobs by ensuring that all vessels can be dismantled in the United States in compliance with U.S. environmental and safety laws, and are not exported where those safety rules do not apply.

The STORIS Act is named in recognition of the former Coast Guard Cutter STORIS, which was dismantled in Mexico in 2013 in violation of the current law.