A U.S. military helicopter crashed in waters off the Japanese southern island of Okinawa during a training mission on Wednesday, injuring seven people and prompting Japan’s government to demand a probe and steps to prevent a recurrence.

The U.S. Army H-60 helicopter was damaged during a “hard deck landing” aboard the USNS Red Cloud about 20 miles east of Okinawa, the U.S. Forces, Japan said.

The helicopter is currently on the deck of the USNS Red Cloud and the injured were transported to the U.S. Naval Hospital at Camp Foster, it said in a statement.

The accident comes as Japan’s central government begins talks with Okinawa’s governor over contentious plans to relocate a U.S. Marines air base to a less crowded part of the island, host to the bulk of U.S. military forces in Japan. 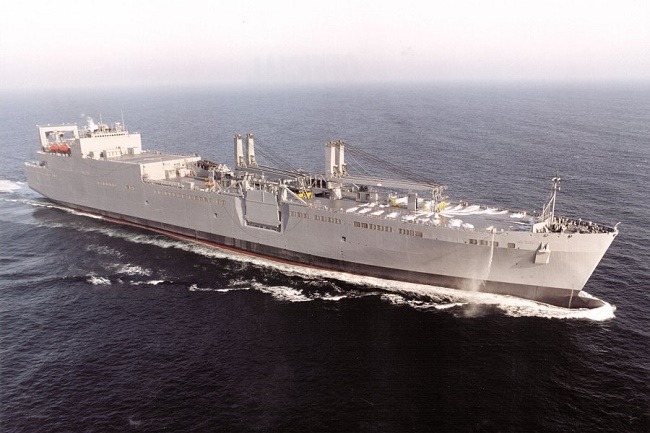 Residents of Okinawa, the site of bloody battles between U.S. and Japanese forces near the end of World War Two, have long objected to tens of thousands of U.S. troops and U.S. military installations on 18 percent of their island.

Many residents associate the U.S. bases with accidents, crime and pollution.

Japan’s central government earlier this month suspended construction of a replacement facility for the U.S. Marines’ Futenma air base for a month to give time for talks between Tokyo and island authorities opposed to the base.

The island’s governor, Takeshi Onaga, won office last year largely on his stand against U.S. bases, and has accused Prime Minister Shinzo Abe of looking down on the island’s people.

Chief Cabinet Secretary Yoshihide Suga met Onaga to discuss the issue. Onaga repeated his call for a reduction of the base-hosting burden, saying “it is hard for people living near the bases.”

“This accident is extremely regrettable,” Suga told reporters after a meeting with the governor. “The government has strongly requested the U.S. to swiftly provide information, look into causes and prevent a recurrence.”

The suspension of construction had been intended to take the emotive issue off the table while the government pushes sensitive security bills through parliament.

The legislation, which could allow Japanese troops to fight overseas for the first time since World War Two, has passed parliament’s lower house and is being debated in the upper chamber, but it has dragged down Abe’s support rate to less than 40 percent because of public concerns over the policy shift.

Wärtsilä Completes The Acquisition Of Transas Successfully
India: Ministry Intends To Promote Floating Jetties All Along The Indian Coastline
Want to share your tips and advice? Got questions? Visit the community forum to ask questions, get answers, meet people, and share your tips!