“We applaud the House for passing this legislation before the end of the year, which is critical to modernizing ports and port-related infrastructure across the country,” said Jim Newsome, SCPA President and CEO. “The South Carolina Delegation worked extremely hard to move this bill forward. Thanks to their support, we are well-positioned to be the deepest harbor on the East Coast by the end of the decade. We remain hopeful that the U.S. Senate will vote and send it to the President for signature in the coming days.” 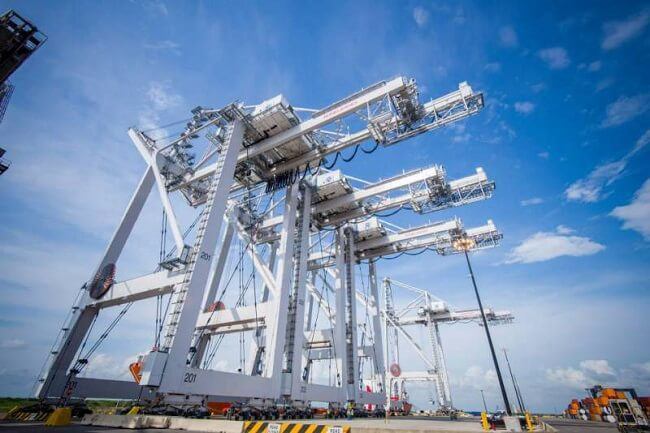 The WIIN Act, which passed the House by a vote of 360-61, now goes to the Senate for consideration.

“Today’s action in the House is incredibly important to South Carolina and the nation,” said SCPA Board Chairman Pat McKinney. “Members of our delegation have worked tirelessly to ensure the Charleston Harbor Deepening Project remains on track, and we are deeply appreciative of their continued support.”

The Charleston Harbor Deepening Project was formally recommended for Congressional authorization in January with the issuance of the Record of Decision by the Assistant Secretary of the Army (Civil Works). The project has moved expeditiously through the U.S. Army Corps of Engineers SMART Planning process and received strong support by all levels of government. In 2012 the S.C. General Assembly set aside $300 million for the state share of the project, and it was expedited by the Administration as a “We Can’t Wait” initiative. Upon completion, the project will deepen the Charleston Harbor to 54 feet at the entrance channel and 52 feet in the harbor.

PDVSA To Receive U.S. Crude Cargo From BP, Backlog Eases Around Curacao
Want to share your tips and advice? Got questions? Visit the community forum to ask questions, get answers, meet people, and share your tips!