You are here: Home › Shipping News › U.S. Customs And Border Protection Seizes Cocaine Worth $1.1 Billion On Board MSC Ganaye
TwitterFacebookLinkedInPinterestBuffer

A U.S. Customs and Border Protection (CBP) and Immigration and Customs Enforcement Homeland Security Investigations (HSI)-led multi-agency examination of shipping containers at the Philadelphia seaport netted a historic load of cocaine, the largest cocaine seizure in the 230-year history of U.S. Customs and CBP, with an estimated weight of over 17.5 tons andstreet value of about $1.1 billion.

During a midstream joint boarding Sunday night, CBP, HSI, and U.S. Coast Guard authorities detected anomalies while examining seven shipping containers aboard the MSC Gayane, a 1,030-foot Liberian-flagged container ship. The boarding team escorted the ship to its berth in South Philadelphia and continued its inspection.

The containers were unloaded from the vessel Monday afternoon and CBP confirmed the presence of anomalies. CBP escorted the containers to CBP’s Centralized Examination Station, where CBP officers offloaded truckloads of packages from the containers. 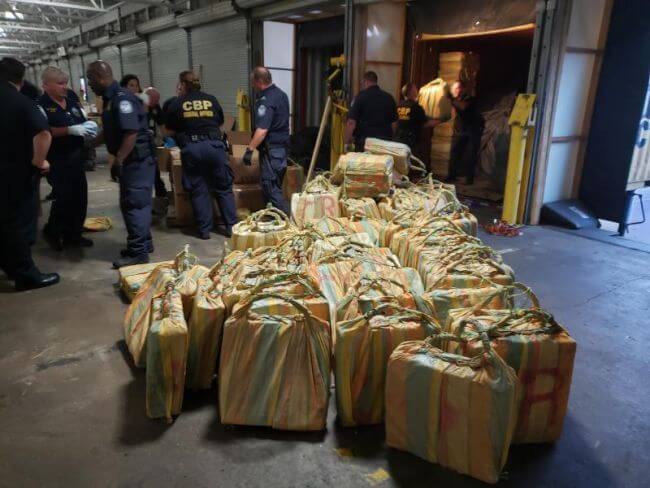 A combined 15,582 bricks, totaling more than 35,000 pounds of a white, powdery substance, which tested positive for cocaine. CBP seized the cocaine as well as $56,330 found on the vessel believed to be proceeds from illegal activity. A multi-agency team continues to inspect containers aboard the vessel.

HSI agents made six arrests and investigation continues. The U.S. Attorney’s Office for the Eastern District of Pennsylvania is prosecuting. In addition to CBP and HSI, the multi-agency team consisted of U.S. Coast Guard, Coast Guard Investigative Service, Philadelphia Police Department, Delaware State Police, and Pennsylvania State Police. All contributed to the seizure.

“This is momentous work by the CBP team at the Port of Philadelphia,” said Casey Durst, CBP’s Director of Field Operations in Baltimore. “Their vigilance and inspectional scrutiny resulted in the interception of the largest seizure of cocaine in the 230 history of U.S. Customs and Border Protection. Because of our officers’ efforts, over 1 billion dollars of dangerous narcotics was taken off the streets. I have no doubt that our officers saved lives and significantly impacted transnational criminal organizations with this interception.”

“This week’s cocaine seizure is a tremendous accomplishment that demonstrates the combined power of HSI’s collaboration with CBP, the Coast Guard and our state and local law enforcement partners,” said Marlon Miller, Special Agent in Charge of HSI Philadelphia. “Narcotics smuggling continues to pose a real and tangible threat to our communities, particularly when such activities are perpetuated by the crewmembers of a commercial vessel, as alleged in this investigation. HSI will continue to vigorously pursue investigations that target drug trafficking organizations engaged in the worldwide smuggling of dangerous narcotics.” 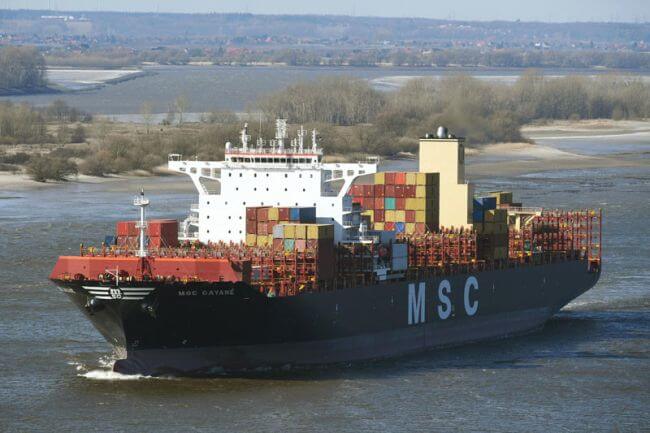 “The combined expertise, readiness, and responsiveness of this joint law enforcement team shows how training and cooperation prevents contraband from entering our ports and harming our communities,” said Capt. Scott Anderson, commander of Coast Guard Sector Delaware Bay and Captain of the Port. “The seamless coordination between Coast Guard Sector Delaware Bay, Coast Guard Investigative Services, Maritime Safety and Security Team New York, Coast Guard Stations Cape May and Philadelphia, and Joint Task Force-East, working alongside our federal, state, and local partners, amplifies our ability to interdict contraband on both the open seas and in our ports.”

The contents of the shipping containers included wine, coated paperboard, vegetable extracts, and dried nuts from Chile, carbon black from Colombia, and scrap metal batteries from the United Arab Emirates. They were destined to Ireland, Nigeria, South Africa, Lebanon, India, and Haiti.

The MSC Gayane made port calls to Chile, Peru, Panama and the Bahamas before arriving in Philadelphia.

On average, CBP seized 4,657 pounds of narcotics every day across the United States. Learn about what CBP accomplished during “A Typical Day” in 2018.